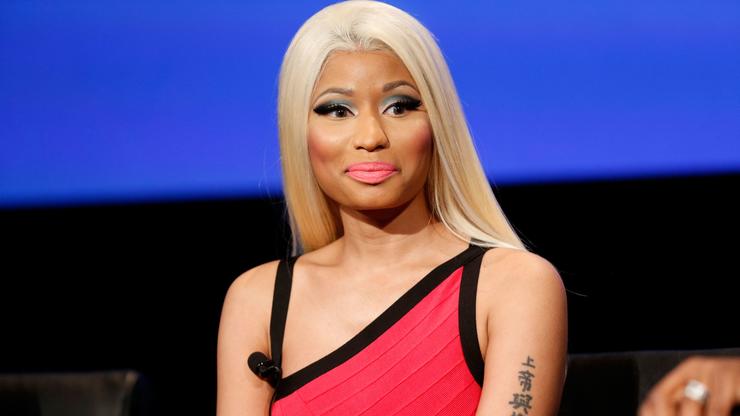 Nicki and BIA were on Instagram Live when Minaj said Drake was texting her about how good BIA looked.

Each time Nicki Minaj takes a moment of her busy schedule to chat with fans and friends on Instagram Live, it makes for epic moments. Tens of thousands of fans tuned in for Nicki’s surprise announcement, and she popped up on Livestream alongside BIA. The surprise was that at midnight, BIA shared the remix to her “Whole Lotta Money” viral hit with the help of Minaj who dropped new verses on the updated track.

That wasn’t the only highlight during the Live. Aside from Bia being a special in-house guest, Lil Wayne showed face as well, albeit virtually. The longtime friends and collaborators chopped it up for a bit while Wayne’s daughter Reginae Carter attempted to playfully troll him in the comments.

Many celebrities were seen jumping in and out of the fast-streaming comment section during the Live, but Nicki took a moment to acknowledge good friend Drake who she said was repeatedly texting her. It was during the time when Nicki was with BIA and apparently, Drizzy wanted it to be known that BIA caught his eye.

Unfortunately for him, Nicki wasn’t about to give him the co-sign, and instead, the “Yikes” rapper shut that down quickly while putting Drake on blast. She told him to “go back to your big booty ting” while making a few faces at the camera. You can check out some highlights from the Live below.