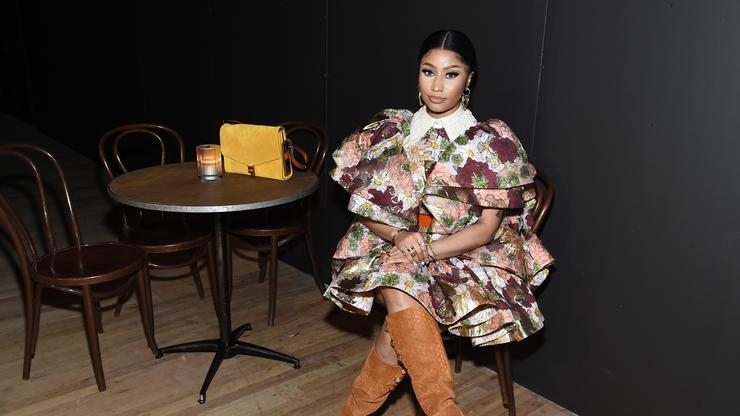 Nicki Minaj shares her take on singers vs. rappers.

Nicki Minaj stirred up the timeline on Tuesday night after suggesting that singers aren’t trying to sing as much as they are trying to rap these days. The Queen rapper claimed that people who could actually sing are shifting more towards a rap-sing variation, similar to how rappers have started using more melodies in recent times.

“Ppl rlly don’t want to sing anymore. Like. Ppl. Who. Can. Actually. Sang. Like ð¤ð¥´ every one will be a “rapper” from now on? I see how singers be feeling about us rappers tryna sing chi ð© ð£ omg nooooo!!!!” she tweeted.

As expected, many fans pushed back against Nicki’s claim because it simply isn’t true. With a slew of new R&B artists who’ve emerged in the past five years, there are plenty of real singers that are creating hit singles and doinating the charts. Not to mention, we’re just days away from the release of Beyoncé’s highly anticipated album, Renaissance.

Pink Sweat$ responded to the tweet shortly after while also extending an invitation to collaborate with Nicki. “Queen, let me introduce myself. Lovey-dubby sang his face off teddy bear. Let’s make magic,” he wrote.

Aside from her hot take, Nicki Minaj is revving up for the release of her new single, “Freaky Girl,” which samples Rick James’ “Super Freak.” The song comes out on August 12th. Keep your eyes peeled for that.