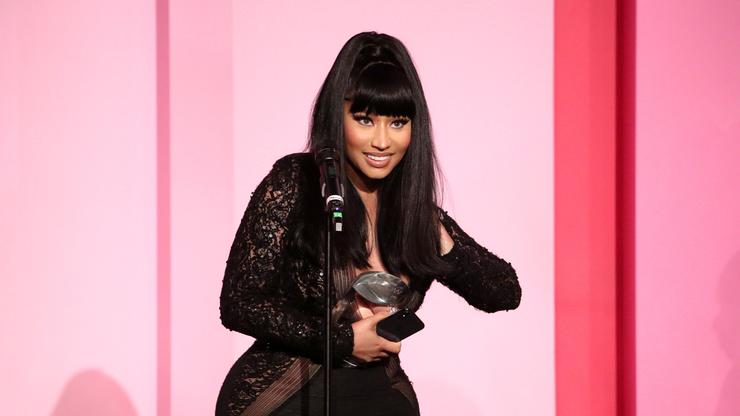 This season of Nicki Minaj‘s life has found her embracing sobriety. As Page Six reports, the mother of one revealed on Twitter earlier this week that she’s noticed an improvement in her mood when she’s not under the influence.

“I used to [be] happy when I was high,” she wrote on Thursday, April 21st. “Now I’m happy when I’m sober. No judgment to anyone. Be gentle with yourself,” she urged readers, earning her over 50K likes.

If you’re wondering what prompted the “Moment 4 Life” vocalist to give an update on the status of her sobriety, just before she dropped off a video of her frying some chicken, leading some viewers to suspect that she had a case of the munchies.

“Baby are you high? @NICKIMINAJ,” one user wrote to the 39-year-old, to which she shot back, “No, I’m sober and loving life. You?”

Seeing as The Pink Print hitmaker has been known to rap about the party lifestyle – remember her iconic verse on Trey Songz‘s “Bottoms Up”? – fans are happy to see her making her health and happiness a high priority.

“I love you, queen,” one person tweeted. “As a person that smoke weed a lot I get where [you] coming from so sending hugs and kissed [your] way, cause [if you know you know]. It’s hard to be happy without a blunt.”

On “We Go Up” featuring Fivio Foreign, Minaj also hinted at her lack of substance use, rapping “I know they sleeping on me / Bitches got epilepsy / I don’t do coke, little bitch / I don’t even do Pepsi.”

Elsewhere on her Twitter page, the Trinidadian rapper dropped off some of her kitchen tips for curious fans – check them out below, and tap back in with HNHH later for more celebrity news updates.