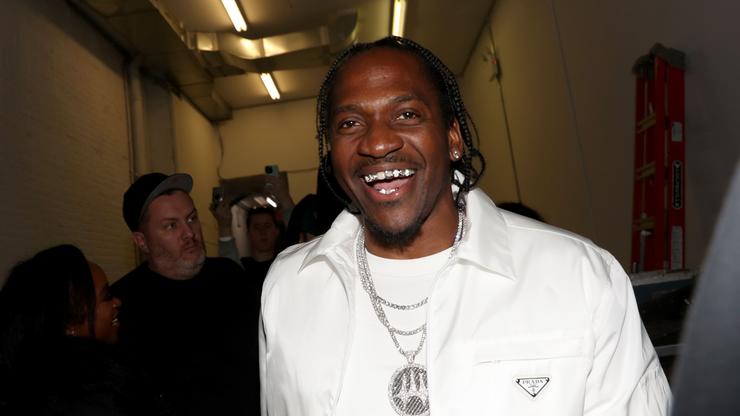 Twitter users seem to be in love with Pusha T’s newest project.

Pusha T hasn’t put out an album since 2018– that being DAYTONA. Now, nearly four years later, the 44-year-old rapper has released his newest project, It’s Almost Dry. The artist has been teasing the album since February by confirming collabs and speaking on his coke raps. However, it wasn’t until three days ago that he revealed the tracklist along with the cover art. Fans were able to see that the project, consisting of 12 songs, included some of the most notorious artists in the industry like Kanye West, Jay-Z, Pharrell, Kid Cudi, and more.

Now that it’s out for the public to hear, fans have not stopped being talked about it. The album is now number one on the Apple Music charts despite not even being out for a full 24 hours yet. Additionally, “Pusha T” is now trending on Twitter as fans rave about his newest project.

One fan tweeted, “Pusha T took four years to drop. Linked with Kanye and Pharrell— legitimate producers, not beat makers– in person to create. That’s why this sounds like an ALBUM. #ItsAlmostDry.”

Several other users utilized their love of memes to describe their opinions of the album. Of those hilarious tweets, one was a gif of Tony Montana snorting cocaine in which a user said, “Getting ready for Pusha T’s new album.” Another was an image of Marlo from The Wire saying “Price of the brick going up,” to which the user wrote, “One song into the Pusha T album.”

Charlamagne Tha God previously called this album Pusha T’s “best body of work,” a statement that Push echoed during the promotional run for the album. While it’s still early, it definitely seems like fans are in agreeance.

Have you streamed the album yet? Check out some of the reactions on Twitter down below.