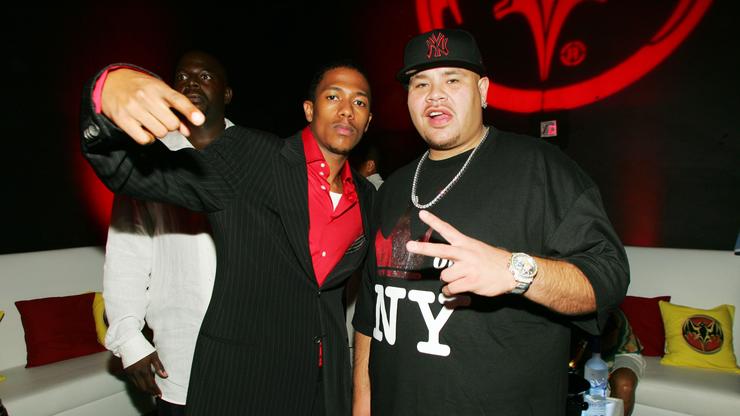 We’ve watched as more entertainers are shifting into the talk show game, whether it be on television or social media. Nick Cannon has recently taken the big leap with his own series, and so has his recent guest, Fat Joe. The longtime friends sat down together to catch up about all things pop culture, and Fat Joe revealed how his Livestream show came to be.

If you’ve been tuning in over on Instagram Live, then you would have seen Fat Joe catching up with celebrities and even political figures for exclusive interviews. It eventually landed him a deal with Revolt, and Joe explained how it all began after his teen daughter offered up a suggestion.

“We joke around but you call yourself Joepra, with your show,” said Cannon. “He has a show on Instagram Live and it’s one of the best shows ever. He interviews some amazing people and it started in the pandemic.”

“I was really really scared because I’m overweight, I’m prediabetic,”Fat Joe responded. “I had diabetes but when I lost weight, I lost the diabetes. Everybody was dropping during the Covid so I was scared myself and then one day my daughter, she was fourteen, she was like, ‘Dad why don’t you go on your Live?’ So I start talking to people and then the next day we went on again and the next day. She was like, ‘Just keep going on at 8:00 o’clock and this is going to be a show.’ And we’ve had everybody from Dr. Fauci to Mike Tyson to you.”

He recently featured Morgan Freeman and shared that it was the legendary actor who reached out to him. “The OG! The voice of God!”

Cannon is clearly a fan. “Your show is so entertaining, so real and authentic and it helps people,” he said. “Honestly, I gotta keep it a stack, this brother right here helped end the beef with me and Eminem on his show. And it wasn’t no ‘real beef’ but Joe was like, ‘I gotta get you two brothers together.'”

So, Fat Joe claims he called up Eminem and told him, “This gotta stop.'” Watch below to hear the story for yourself.