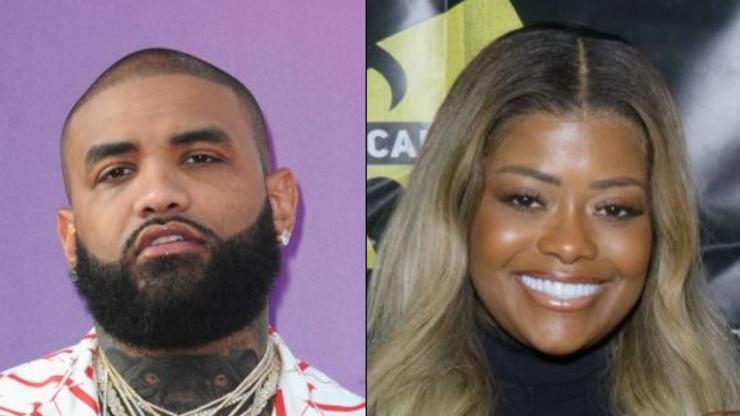 The rapper says he has spoken with Civil and agreed not to “keep dragging her name through the mud.”

There was recently a firestorm of Karen Civil news after Joyner Lucas sent out a flurry of tweets regarding his business dealings with the marketing maven. The controversy quickly went viral and even erupted on Clubhouse after Joyner and Civil decided to face off for a live discussion with a captivated audience. The scandal has since dissipated, but Joyner was asked about it during his virtual interview with HOT 97.

Ebro Darden asked Joyner to speak about why he decided to come forward about his interactions with Civil, but the rapper seemed hesitant to address his previous statements.

“I wanna go on record to say that I spoke to Karen and I, at the time that I spoke to Karen, she had a lot of other—she had a lot of public scrutiny from a lot of other people and I started feeling bad a little bit,” he said. “‘Cause I’m like, damn. I don’t wanna… So, I stopped. I had a conversation with her and I promised her I wasn’t just gonna keep dragging her name through the mud, you know what I mean?

“At this point, I feel bad,” he continued. “I don’t wanna drag shorty name through the mud. I already made hella tweets about what the situation was, but I do wanna say that it was a point in my career where I was a very, very starving artist. I was trying to figure it out. I was trying to get in the game by any means and I was trying to figure out how to get in the game. I hired a few people, one being Karen and the way that that situation turned out in the end, I wasn’t a happy customer and I held a grudge.”

Ebro added that Karen used to work for Hot97 and he considers her a friend, so he clarified he didn’t ask the question to further condemn Civil, but rather to shed insight from an artist’s perspective. Check out the clip from the interview below.