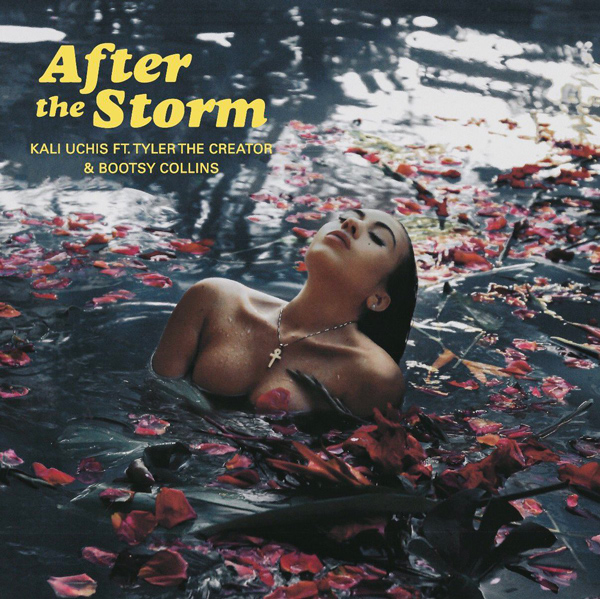 After joining forces on songs like “Perfect” and “Find Your Wings,” Kali Uchis and Tyler, the Creator unite once more on the Bootsy Collins-assisted “After the Storm.”

It’s an empowering track with Kali’s self-reliant perspective shining through. “If you need a hero, just look in the mirror,” she sings. “No one’s gonna save you now / So you better save yourself.

After her soothing vocals, where she explains that “everything’s hurting,” Tyler adds a rhyme about his lover. “The Tito to my Randy / Now, let’s produce some thriller / My chocolate with your vanilla.”

Uchis and Tyler are no strangers to collaboration. In 2015, she opened up about their bond with Noisey. “He’s a lot like my brother,” she said. “He’s actually the same age as my brother. I already understood who he was before I knew him…I always thought he was cool. I’m not a fangirl, but when he reached to me I thought it was an amazing opportunity. I met him and it was different from my other collaborations, because it was closer to home for me. We hit it f immediately.”

“After the Storm” is a single f Kali’s forthcoming follow-up to 2015’s Por Vida.