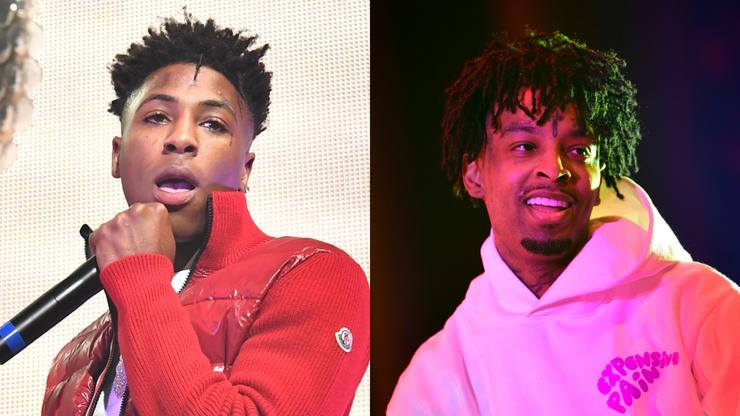 YoungBoy Never Broke Again has been in his fair share of drama since his late-October release from prison. Whether it be thirsting over Doja Cat or co-signing 6ix9ine, YoungBoy has had a lot to say lately.

After responding “f**k no” when asked if he listened to rappers like Polo G, Lil Baby and 21 Savage by DJ Akademiks on a recent Clubhouse call, YB felt it necessary to emphasize his disdain for 21 Savage on one of his Clubhouse calls. During 21’s call, YoungBoy randomly joined and appeared to issue a threat, jokingly, at Savage: “B*tch, we steppin on anything that come down here, b*tch ass n***.”

Everyone in the chat began laughing, likely because of how random the remark was. 21 was bewildered, shrugging off YB by questioning what his issue was, considering he just had a successful album: “My n***a just went triple platinum.”

It seems that YoungBoy and 21 Savage share animosity for each other, and YB is aiming to ignite a beef. Hopefully, this is just harmless antics, as we’d hate to see two of hip-hop’s most beloved artists beefing.

Check out what NBA YoungBoy said below.