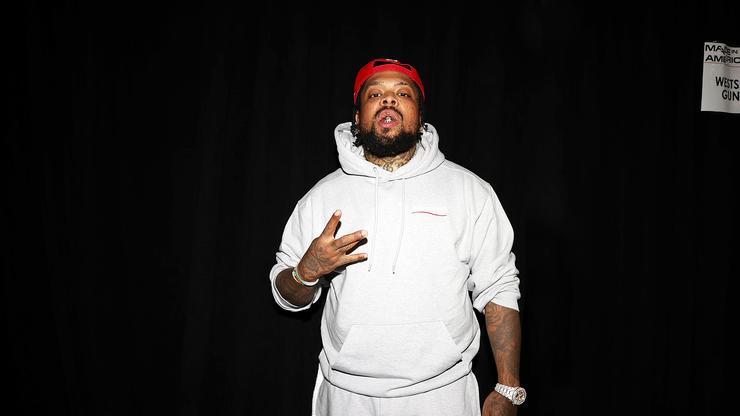 The rapper shared a photo of the latest addition to his extensive jewelry collection.

Griselda Records founder and rapper Westside Gunn continues to rep his love for fashion and art with his latest purchase. The rapper has long been known to be a fashion connoisseur and is always making moves to elevate his passion, such as when he opened his own art gallery in his hometown of Buffalo, New York.

This time, the rapper invested in an almost comically-large, flashy diamond bracelet, featuring a slab with glittering diamonds held together by enormous chains. Westside shared a photo of the bracelet to social media, suggesting that the new bling cost a total of $500,000 and claiming that it’s the “biggest bracelet in the game by the way.”

Fans were quick to troll Westside. One commenter compared the bracelet to a padlock, another a phone charger, and another Ben 10’s omnitrix. “n**** got an iced out omnitrix,” the fan wrote

Westside has a history of letting it be known to haters that they don’t bother him. The rapper called out negative comments on Twitter recently, getting into it with online trolls.

“Y’all been talking about me Alot in the blogs lately it’s a shame y’all don’t do that when I drop classic after classic, just dropped a flawless double album 33songs,” Gunn wrote. “Guess negativity is the only thing that matters not the Culture.”

Replying to a hater who clowned him for his jewelry, the rapper responded, “Again when I give to the kids NOTHING, when I give to Needy Families NOTHING, soon as I say my chain cost more than Somebody every wanna put my D… in they mouth, y’all in a illusion, broke MFs trynna talk down on a rich one,only on the internet, suckas talk down on a Gangsta.”

However others might think of his latest cop, the rapper himself seemed super content with his new purchase and that alone may be enough. “Don’t front, don’t stunt, act like you seen a bracelet bigger, cuz I know you’re lyin,” Westside said.