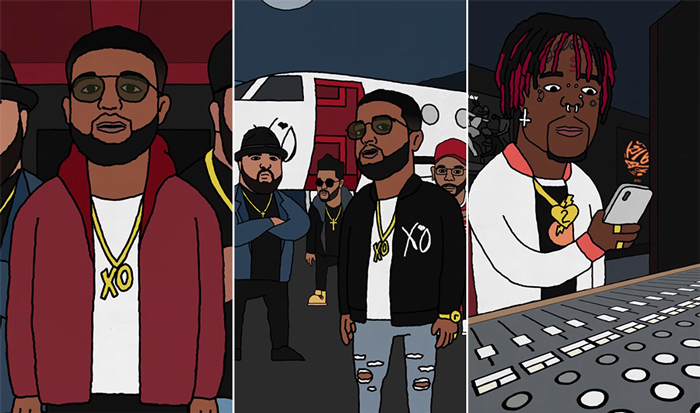 NAV and Lil Uzi Vert get animated in the video for their collaboration “Wanted You.”

The vertical visual, featuring animation by Rouch Sketchz, kicks f with the “XO TOUR Llif3” rapper on a raunchy FaceTime call with his nude girlfriend. “You on some naked shit,” he says. “I’m on my way.” Later, he finds out, she did him dirty.

Holding a Styroam cup in his hand, NAV reflects on his own past relationship with an “Instagram girl,” who deceived him with his one his friends.

NAV and Uzi end up smoking and rhyming in front the CN Tower in Toronto, before hitting up the studio and then the strip club, leaving their exes alone at Nobu.

Watch their animated adventure unfold below.