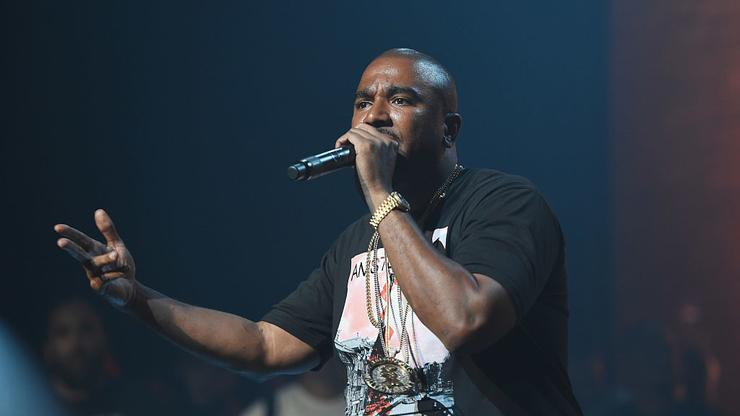 After referreing to several Killa Beez rappers as Wu-Tang “flunkies,” N.O.R.E has reached out to Killa Priest to bury the hatchet.

Earlier this week, Drink Champs host N.O.R.E found himself engaged in a back and forth with several Wu-Tang Clan Killa Beez affiliates, namely Shyheim, the Sunz Of Man crew, and Killarmy. The situation arose when N.O.R.E referred to the three artists as “flunkies” during a recent interview with Mickey Factz, and it didn’t take long for Shyheim to issue a response.

“N***as get drunk and run they mouth, and don’t know what you talkin’ about,” wrote Shyheim, sharing a clip of N.O.R.E’s comment on his IG page. “I ain’t ever been nobody’s flunky or nonexistent. I am the true and living god. I’m in present time, n***a. Fuck outta here.”

Though Drink Champs co-host DJ EFN attempted to extend an olive branch, Shyheim was having none of it, demanding a public apology and even “monetary compensation.” As things appeared ready to spiral, N.O.R.E reached out to Killah Priest — respected Wu affiliate, Sunz Of Man emcee, and “Death” of the HRSMN clique — to make amends.

While the nature of their conversation has yet to be revealed, all signs point to an amicable reconciliation, though it must be said that Killah Priest is but one of many Wu-Tang affiliates who may have felt slighted. It’s unclear as to whether or not Shyeim, the rest of Sunz Of Man, and Killarmy will be quite so forgiving. In any case, it’s a respectable move from Noreaga, and we look forward to hearing how he and Killah Priest address the controversial comments during their upcoming conversation.

Speaking of which, Drink Champs will be addressing the situation directly when they get together on Fridays, so look for an update to surface as soon as it’s made available.