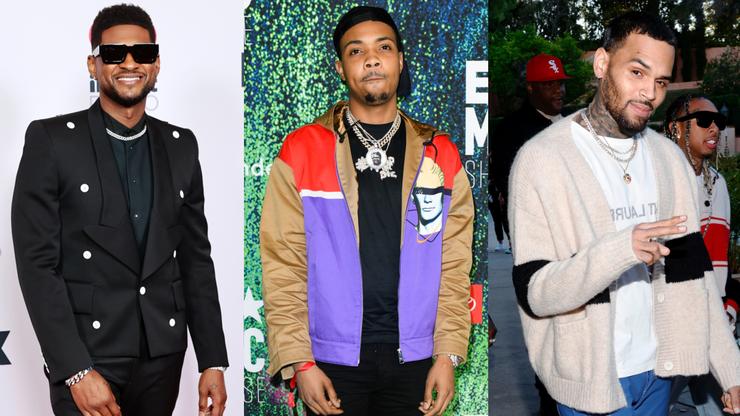 G Herbo shows off his dance moves and jokingly calls out two of the music industry’s best dancers.

As of late, G Herbo seems to be in great spirits. After welcoming his and Taina Williams’ son Essex into the world earlier this summer, the Chicago rapper has been enjoying life to the fullest. He has admitted to wanting to be a stay-at-home dad and also gotten a huge back tattoo in honor of his newborn son, and now, it looks like he’s had plenty of time to work on his dancing as well.

In a hilarious new video uploaded to his Instagram story, G Herbo shows off his dance moves while his girlfriend Taina cooks food next to him. As a joke, he even challenges Usher and Chris Brown, two of the music industry’s best dancers, to a dance-off. “@usher @chrisbrownofficial YALL CAN’T F*CK WITH ME,” G Herbo writes atop the video.

While fans wait to see what Usher thinks about the Chicago rapper’s dancing skills, Chris Brown has confirmed that he’s seen G Herbo‘s video by reposting it to his Instagram story, but given the fact that he didn’t write anything when resharing the video, it’s likely safe to assume that he isn’t taking G Herbo’s dance challenge seriously.

See the 25 rapper’s dance moves for yourself below, and stay tuned to see if Usher responds to G Herbo’s post as well.