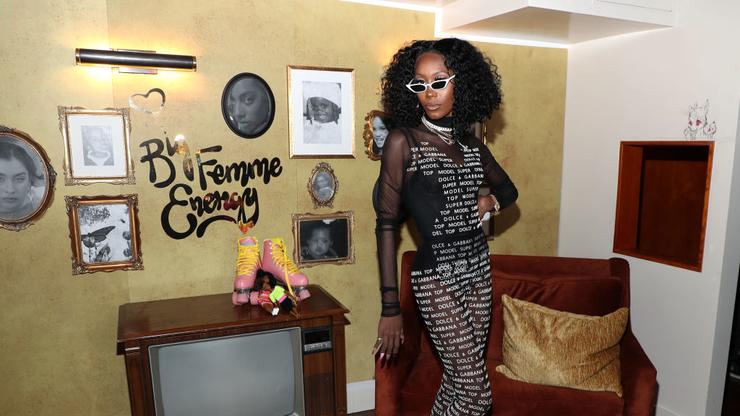 Muni Long has been in the game longer than you think

Muni Long may seem like she became an overnight success with her smash hit “Hrs and Hrs”, but she has been working for far longer. In fact, if you were to check to do some research and check her resume, you would discover that she is responsible for some of the biggest songs over the past ten years, such as Chris Brown’s “Don’t Wake Me Up” and Fifth Harmony’s “Worth It.”

But the acclaimed singer/songwriter is finally getting her shot in the spotlight as “Hrs and Hrs” has become a viral hit, garnering attention from fans across social media and in the music industry. Hence, it’s only right she makes her appearance on Ebro Darden’s R&B Radio Now on Apple Music 1 to discuss her breakout single. But during the interview mentioned above, Muni Long revealed some exciting information regarding Drake and her relationship before either of them blew up.

In addition, she detailed her rise to fame, discussing how she started writing music and playing the guitar and her first taste of virality through song covers that she would create, but it was the third instance of viral success that stunned her. When she created a cover of Drake’s “Best I Ever Had” that featured her singing instead of rapping, the song garnered millions of views of positive reactions, including a call from Drake himself.

“So that Drake reached out to me. And he was like, “Yo, I love what you did with the song.” He gave me his number, we’re talking. Mind you now, I’m just out of high school. You know?,” asked the Vero Beach native. “And I was watching him on Degrassi when I was in middle school and high school. So I’m like, “Oh my God, this is Aubrey Graham. This is amazing! Wheelchair Jimmy.”

Long revealed that during this time, Drake was trying his best to make the transition from an actor to a rapper and had just finished wrapping up work on his now-iconic mixtape, So Far Gone, saying, “And so, I remember talking to him back then. And he’s like, “Yeah, I’m an actor. I’m trying to get into music. I did this mixtape for Valentine’s Day. Didn’t really take it serious,” said the singer to R&B Now Radio on Apple Music 1 as she began to describe how she got signed in the middle of all of this.

“People love it. I’m singing. Lil Wayne wants to sign me. So, I mean, and not just him. Fantasia, Pharrell … So many people because my videos were spreading all over the internet. And from there, I fast forward a couple of years; I got signed to Capitol Records about 18 years old.” It’s always fascinating to see how far artists have come when you look back at their careers, especially when they’ve been in the game longer than we think.

Muni Long has been in the game as long as Drake with their working relationship since 2009; when we fast forward to 2022, and you observe how much success both artists have garnered, it’s truly amazing. And it doesn’t seem like either of them are slowing down any time soon.