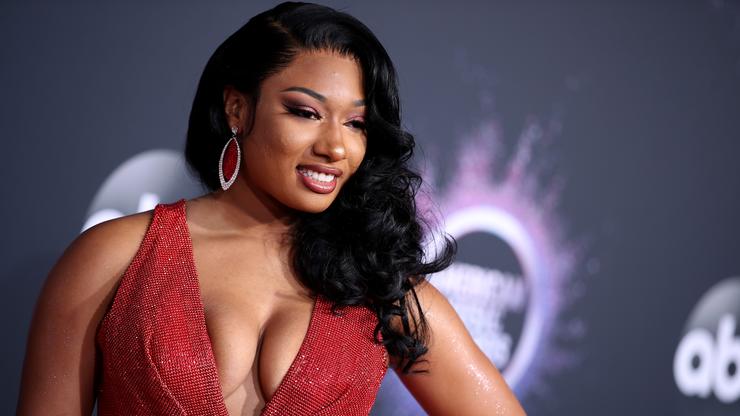 “This award has not been given out often, or to many,” Lee said at the ceremony. “That is why it remains a special part in our congressional district. The district has almost 1 million people. When this award is given, it has that special promise and special history.”

She explained that recipients have to “exhibit humanity” and have “helped without asking.”

Megan also spoke during the ceremony, explaining that she feels it’s her “responsibility to take care of the city that took care of me.”

The Good News rapper was born in San Antonio but moved to Houston shortly afterward.

“I’ve only been raised by very giving women, so I definitely want to dedicate this award to her, too, because she taught me how to be the woman that I am today,” Megan said.

She added: “I do appreciate the recognition and the accolades, but I definitely take much greater pride in knowing that I used my voice and resources to put smiles on people’s faces and make a meaningful difference in Houston.”

Check out Megan’s speech below.