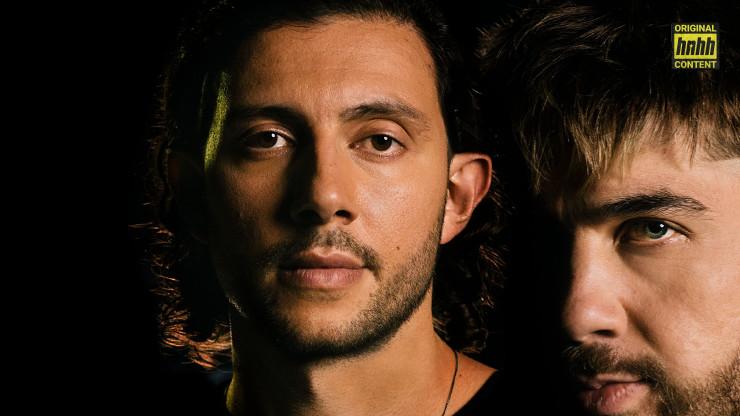 After four years without a full body of work to their name, Majid Jordan are vying to be seen in the upper ranks of contemporary pop and r’n’b with their new album “Wildest Dreams.”

In any era of contemporary music, there are always unsung heroes. Whether eclipsed by others in the same lane or doomed to seemingly never obtain the perfect combination of timeliness and luck that creates a hit single, these artists will always be successful, but never quite ascend to the distinction of a globe-trotting, arena-rocking force in music.

Since making their formal debut on OVO with 2014’s A Place Like This EP,  this position of limbo has seemed applicable to R&B duo Majid Jordan.

Despite being more than capable of hopping on tracks with their label boss Drake and stars such as Khalid, much of their output has been marginalized in terms of the commercial market. While at the same time, harboring a reliability that has granted them a hardcore fanbase of supporters who’ll always sing their praises.

A full decade on from the pair meeting one another at a Toronto bar, it seems that the duo of silky-voiced crooner Majid Al Maskati and producer extraordinaire Jordan Ullman are consciously letting their hit-making sensibilities take center-stage on Wildest Dreams.

Whether it’s a direct attempt at mass appeal or not, there’s no denying that their long-awaited record feels demonstrably bigger in terms of songs and significance.

Where 2017’s The Space Between was content to say in the richly textured world that the pair had created for themselves, their return feels like a real statement of intent, informing listeners that, while crafting hits from the sidelines may be all well and good, they’d also like a few plaques to themselves, too.

With a sleekness that can only come from years of fine-tuning, it feels like they’re finally applying the formulas that made “Hold On, We’re Going Home” into a global smash to their own output. With Drake having famously billed that 2013 smash as his “wedding song,” it feels as though Majid Jordan has crafted music that’s aiming for a similar degree of immortality.

From the Swae Lee-aided opener “Dancing On A Dream” onwards, the duo offers up hooks and choruses that aren’t so much earworms, but feel as though they’ve been surgically implanted in your brain.

Vibrant and multidimensional, the record’s insatiable opener sets the temperature for what’s to come throughout. Alongside being another example of their ability to neatly integrate other artists into their world, it is also a stellar outing for Ullman’s criminally underutilized production chops. Precise but never clinical, his meticulously engineered instrumental leaves plenty of room for expressiveness on Majid and Swae Lee’s part.

When transitioning to “Summer Rain,” the ambitiousness that’s hard-wired into the project becomes all too apparent. Having plunged themselves into the sounds and sentiments of 80’s synth-pop, it’s a track that has escapism at its heart.

Rather than focusing on the sordid side of love and lust, this is R&B that’s coupled with the sleekness and sentimentality of Daft Punk’s more tender moments. In a broader sense, this record sees the pair embracing the organic feel of the Parisian duo and the whole “French Touch” movement like never before across their melodies and delicate use of synths.

Despite the obvious influence of Hall & Oates style radio pop and that particular movement in dance music, Majid Jordan are not just making homages here. Instead, they’re creating music that feels like the perfect fit for late-night drives through a street-lit city.

Among its strongest and most fully realized tracks, “Waves Of Blue” presents an entire world for listeners to get lost in across its dazzling vocal performance and engrossing sonics. Meanwhile, the alluring slow jam of “Stars Align” sounds like what most people probably envisioned when Drake declared that he was releasing a record known as Certified Lover Boy.

Despite calling on their expansive address book from time to time, the features never feel like frivolous name-dropping, rather it comes down to when a record actually needs an additional flavor to it. For the most part, the album’s spotlight is unwaveringly on Majid Jordan. In the case of “Sway,” Diddy’s sparse vocal contributions aren’t integral to the track’s structure, but it’s a treat all the same, on a song that sounds like it could’ve emerged from Bad Boy’s R&B division circa 1998.

On “Forget About The Party,” there is a showcase for a rawer side of Majid’s vocals. Stripped back to guitars in such a way that allows his tonal expertise to come into play, the track sees the Bahrain-born singer pleading his case for leaving the fast life behind in favor of a night away from prying eyes.

Later, album closer “Sweet” eschews synthetic sounds in favor of a more tactile approach that could place you in the dim light of a jazz club after midnight. Complete with melodies that soar in a way reminiscent of the classic canon of love songs, it is only surpassed by the title track in terms of its emotional resonance. Delivered with real vigor by Majid, “Wildest Dreams’” words and bass-heavy sound feels urgent in a way that ballads seldom do.

Not content to plateau where they are, the idea of making dreams a reality is central to the scope and sound of this project as a whole. As on this record, Majid Jordan make their most compelling case to be seen as pop stars. Based on the strength of their songwriting and production, those wildest dreams of superstardom feel more tangible than ever.

Granted, it can still feel as though there’s an internal barrier that prevents them from pushing into fifth gear– meaning that sometimes, you wonder if they could sacrifice some of that polish in favor of taking a risk. Nonetheless, from sumptuous slow jams to energizing slices of celebratory R&B, Majid Jordan have proven, without a shadow of a doubt, that they can do it all well. Really well.