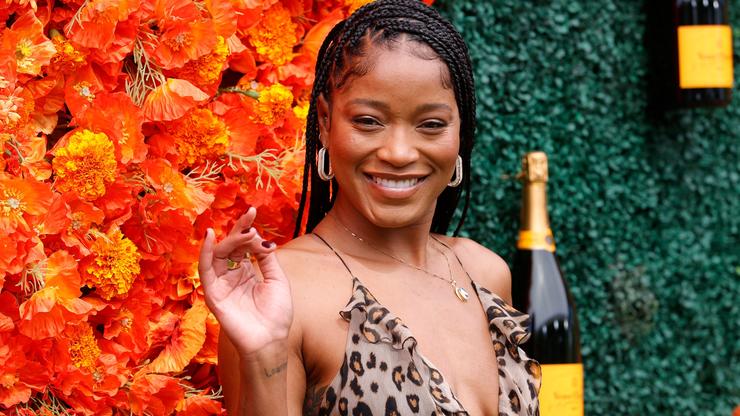 The multi-talented Palmer knocked it out of the park.

Last month, Keke Palmer made waves when she called out the food served at this year’s Met Gala.

Noting that some of the vegetables in the all-vegan meal were pretty sad looking on her IG story, Palmer made a joke or two at the meal’s expense, but made sure everybody knew she was kidding. Still, the Met Gala’s head chef responded to Palmer’s callout and made what was a lighthearted situation, more serious than it probably needed to be.

Six weeks later, and Palmer was back in the limelight. Performing the National Anthem before Game 1 of the 2021 World Series between the Atlanta Braves and Houston Astros, Palmer delivered a beautiful rendition of “The Star-Spangled Banner” and got this year’s Fall Classic off to a perfect start.

Game 1, which saw Braves’ starting pitcher Charlie Morton suffer a season-ending fractured fibula after a line drive struck his leg, ended in a 6-2 Atlanta victory, despite Morton’s departure. But from the moments before the game until the very end, it was clear that music fans were more intrigued by Palmer’s moving performance.

Flocking to Twitter in droves, Palmer fans were so impressed by her performance, that the Emmy-award winning actress and singer started trending.

“Yaaaas Keke Palmer did a great job on the National Anthem!,” one fan wrote. “Keke Palmer’s National Anthem is my new favorite. Very powerful performance that gave me chills,” added another.

Check out the full reaction to Keke Palmer’s singing of the National Athem below, and let us know what you thought of her performance down in the comments.