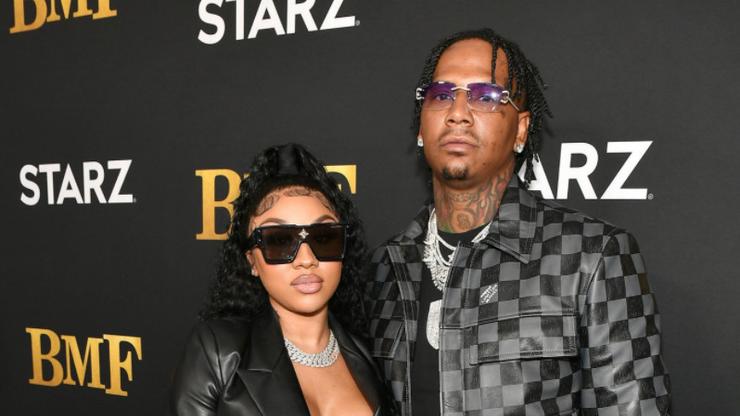 Love was in the air and on the timeline.

Last Friday, MoneyBagg Yo doubled down on his April album, A Gangsta’s Pain, and released the deluxe version of the project, A Gangsta’s Pain: Reloaded, which features seven new songs, including the Lil Durk and EST Gee-assisted “Switches & Dracs.”

A Gansta’s Pain: Reloaded comes towards the end of a 2021 that has seen MoneyBagg blossom from promising-but-underrated, to a full-fledged star. With the successes of songs like “Wockesha” and “One Of Dem Nights,” A Gangsta’s Pain was the best-selling rap album of the year until Drake‘s Certified Lover Boy touched down in early September.

Late last month, for MoneyBagg’s 30th birthday, Ari Fletcher gifted the Memphis rapper 28.8 acres of land. And despite criticism from the members of daytime talk show, The Real, who said the swath of land was too much for a couple that’s only dating, Bagg and Fletcher continue their outpouring of lover for each other.

Yesterday, on the couple’s anniversary, MoneyBagg took to Twitter to pen a message for his ride-or-die.

“Another year and more to come wit u today about us @AriTheDon love u G continue to hold me down & stand beside me,” the “Wockesha” rapper wrote, before Fletcher responded with a simple, but strong message.

“For life,” she wrote, including a black heart emoji.

Fletcher later tweeted, “I wanna just cuddle in the bed with my man, eat food and watch movies all day,” and retweeted a highlight reel of the couple’s best moments.

While there were no extravagant IG posts or insane gifts shared all over social media, the messages shared between MoneyBagg and Fletcher were enough to show their love for each other. Last month, when The Real criticized her 28.8 acre gift, she clapped back, saying “I’ve never felt so safe, loved, spoiled and happy with a person,” and it seems like little reassurances like this are part of reason why.

What do you think of Ari and MoneyBagg’s anniversary exchange? Let us know down in the comments.