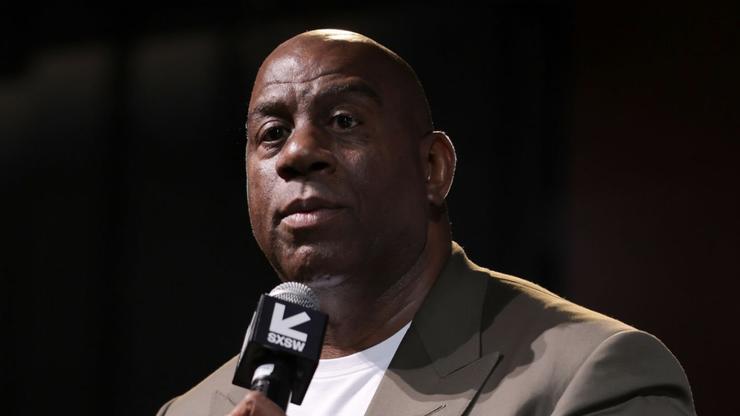 Decades ago, Converse offered him $100K a year while a less popular Nike offered stocks and $1 per shoe. It’s estimated that he missed out on over $5 billion.

This is a familiar story for fans of Magic Johnson, but the NBA legend has revisited the tale amid the release of HBO’s new series, Winning Time: The Rise of the Lakers Dynasty. Back in the early 1980s, Johnson was a hot commodity and several brands were clamoring for a moment with the sports star. It was then that Johnson was weighing two options: Nike or Converse. The Sports Rush reports that Nike’s presence wasn’t as great as it is today, so they offered Johnson “[$1] for every shoe that Nike sold and 100,000 shares in stocks at 0.18$ per share.”

However, Converse was well established and instead of stock, they offered Johnson $100K per year. The Los Angeles Lakers icon opted for the latter and it is a decision that continues to haunt him.

During a recent press conference, Johnson once again spoke about regretting his Converse deal and speculated how much money he would have had today if he had signed on Nike‘s dotted line.

“Now, I’ve never heard of stock at 19-years-old. So, you take this money, I gotta take this cash,” he said. “Man, I would have been a trillionaire by now. If you think about—in 1979! Gettin’ that stock then! And what it’s worth today!? Yikes! It kills me every single time I think about that. You know, like, man, Michael Jordan would have been making me so much money,” he added as the crowd laughed.

We’re sure he’s not the only athlete who has stories such as these. It’s estimated that the sports icon lost out on a $5 billion payout. Watch the clip of Magic Johnson below.