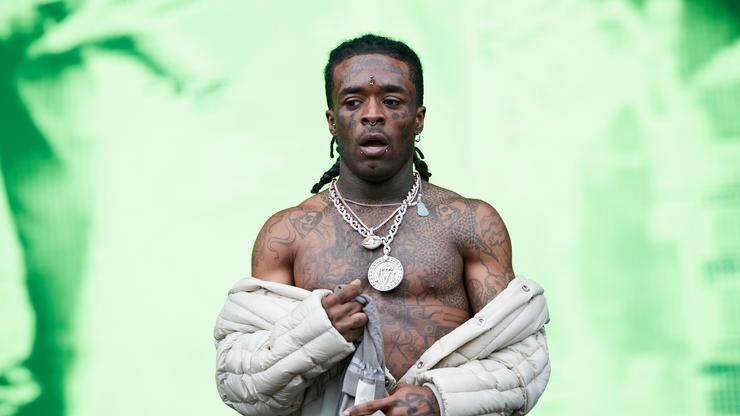 Uzi is currently letting his piercing heal before rocking the diamond again.

Lil Uzi Vert made headlines early this year when he had a $24 million pink diamond implanted into his forehead. Throughout the year, he was only seen wearing it sparingly, but it is glaringly noticeable when he does.

Uzi shared that the implant was inspired by Lil B, and said that if he did not remove it properly, he could die: “If I don’t get it took out the right way I could die…. no seriously.”

In response, however, an employee of beloved jeweler Eliantte claimed that the procedure was totally safe, just like any other piercing: “Yeah, it’s as safe as any other piercing. As long as you maintain it well and have good upkeep, it’s perfectly fine. We made sure that prior to getting anything done that Uzi brought someone in to consult on everything. We didn’t just do this randomly.”

Uzi has since taken out the piercing and put it back in a few times, but now just rocks the ordinary piercing on his forehead meant to hold up the diamond.

Lately, Uzi has paid a few visits to the Trainwreck Twitch stream, where he has discussed the origins of his rap name coming from a “crackhead” and wanting to buy himself a jet pack. Most recently, on stream from Dec. 10, Lil Uzi went into detail about how his insurance company wanted to cut him off because they thought he was getting the forehead diamond to aid in a suicide attempt: “I had to really get my sh*t together. My insurance tried to cut me off, they were like, ‘This kid’s trying to kill himself.’ Because we knew it was a piercing, my insurance looked at it like, ‘This kid just implanted this diamond in his head, and he’s gonna die,’.”

He continued to explain that he had to bring in the people who executed the piercing to prove it was safe: “They’re retarded…I really had to call the piercing person and show them low-key everything that I got a piercing. It’s literally a piercing. But everything’s straight.”

Check out Lil Uzi Vert‘s conversation on Twitch below, and skip to the one hour and 35 minute mark for the story of his insurance-diamond piercing debacle.