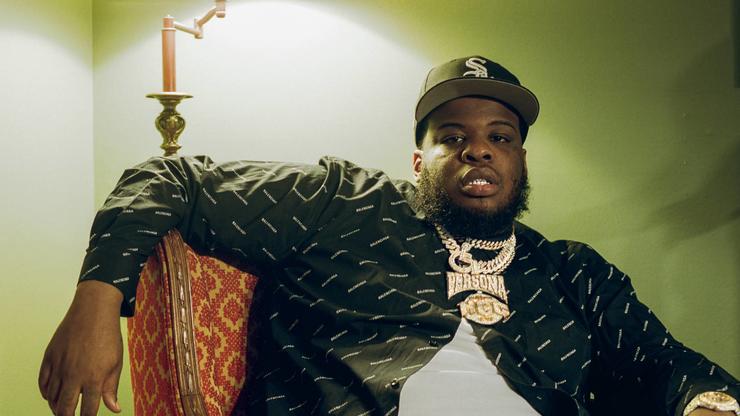 Maxo Kream unpacks his connection with Playboi Carti and reveals how they first met in an exclusive new interview.

Maxo Kream rarely gets enough credit for his role in introducing Playboi Carti to the masses. While hip-hop fans love to credit Lil Uzi Vert, Pi’erre Bourne, Ian Connor, and others for elevating the Atlanta rapper to superstardom before he became one of the most popular rappers in the world, Maxo Kream deserves just as much, if not more, credit than them.

In the song “THEY SAY” from his new album WEIGHT OF THE WORLD, the rapper addresses his relationship with Playboi Carti, rapping, “He put Playboi Carti on then that n***a surpassed him.” As the winter holidays approach, HNHH has started the second annual edition of our 12 Days of Christmas interview series and for Day 2, we spoke with Maxo Kream, who cleared up his connection to the King Vamp.

“I was destroying n***as on the streetwear, bro,” said Maxo about his transition from streetwear to high fashion back in 2017. “I’m talking about I had the Supreme Dipset shirt, I had the Supreme— is it Kate Moss, the white lady? I had that, bro. It’s like f*cking with Ian Connor and Playboi Carti. I met Ian Connor because I was on the Supreme sh*t earlier in Houston doing my thing, Playboi Carti because of the music sh*t. We was vibing. Running around with Rocky and Bari. I’m a fan. I got into the fashion game by just being a fly n***a from Houston, Rocky coming out. A$AP at the top of the game in 2012. Maxo Kream coming up. And A$AP knowing the culture, I didn’t know that these n***as knew me. Hit me on Instagram, Yams gave me my first cosign ever. They just made sense. I went on tour with them, boom, we rocking. Everything was just natural and genuine, like I always been a fly n***a. All the fly sh*t would just gravitate towards me. I don’t know.”

After interviewer Taylor McCloud brought up his lyrics on “THEY SAY,” Maxo elaborated more.

“I knew [A$AP] before. I knew them way before I met Carti. I met Carti fighting. Y’all want the real story?” said the rapper. “So Travis Scott brought me out at Rolling Loud. This is when Post Malone first came out. Travis Scott had did Rolling Loud, he brought me out, so I’m rocking with him. I’m in Miami. I met Father and we ended up doing that song ‘CELL BOOMIN’. But before we dropped the song, he had this, Awful Records had a little platform where they were performing, and Playboi Carti was Awful Records first. So he was Awful Records from Atlanta. I met him, so now he’s running with Kream Clicc x Savage squad, because at that time, me and Fredo Santana was like this. Chief Keef cousin. So it wasn’t like no, ‘Oh, Carti, you got to be Kream, you got to be this.’ That was lil bro, he with us. F*ck you. We were just rocking. That’s how we locked in. I was rocking with Ian [Connor] because of the A$AP sh*t, rocking with Bari because of the A$AP shit before then. Being a fly n***a bro— my lifestyle, just everything. This was before a n***a really popped off with the rapping.”

Watch the full interview with Maxo Kream for 12 Days of Christmas below, or read it here if you prefer.