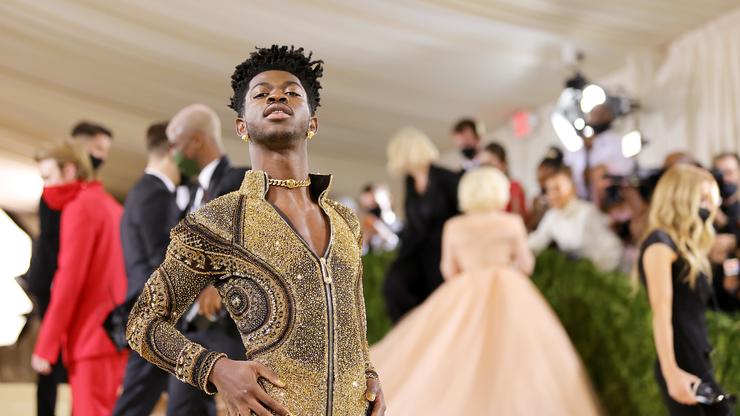 Lil Nas X is pregnant and having contractions.

If you didn’t know by now — Lil Nas X is pregnant.

Posting a picture of his baby bump on Instagram a couple of weeks ago, Lil Nas has followed the original announcement up with a serious of hilarious Instagram posts and stories including a remix of Drake’s Certified Lover Boy cover and is doing his best to sell this pregnancy before Baby Montero is welcomed into the world.

The pregnancy, the final stage of Lil Nas X‘s rollout for his debut album Montero, set to release September 17, has provided fans with a rollercoaster of content and reactions and with the establishment of a baby registry which includes a non-profit organization for each of the 15 tracks expected to appear on Montero, even a place to donate money during the lead-up to the album.

Today, in the final hours before Montero is released and Baby Montero finally steps onto the scene, Lil Nas has both put up a handful of wild, attorney-themed billboards and posted a video on Instagram revealing that he is having contractions — exciting news for the expecting “Old Town Road” rapper.

Whether or not we will be blessed with a physical embodiment of Baby Montero to go along with the album, it’s clear that Lil Nas is going all out to prep for Montero and after a monster weekend including multiple performances and wins at the VMAs and a double outfit reveal at Monday night’s Met Gala, the buzz surrounding him is more than palpable.

How do you feel about Lil Nas’ pregnancy? Are you excited for the big reveal later on tonight when Montero drops? Are you going to listen? Let us know in the comments.