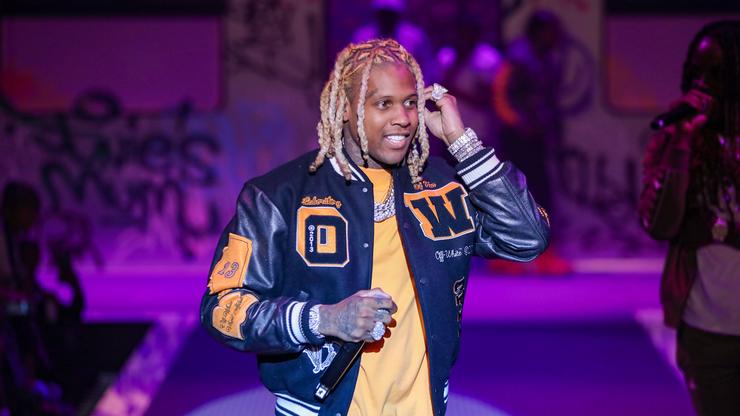 The doppelgangers went on IG live to discuss their recent collab.

Social media has been going crazy since Lil Durk‘s lookalike surfaced. The young man heavily favors the Chicago rapper with his round eyes and blonde locs. So much so that it’s hard for people to tell them apart in public. Fake Durk, who goes by Shmurkio, proved this to be true when he entered a mall alone and exited with a flock of fans who believed he was the real deal.

He managed to garner the attention of thousands online, which ultimately led to him getting in contact with the “What Happened to Virgil” artist himself. What started as Durk posting his double onto his Instagram page, ended up being the two working together. In his “Blocklist” music video, Durk allowed his lookalike to be the star. He even gave him the nickname “Perkio.”

The news of their collab quickly got the media riled up, as they were excited to see what the two would create. In less than 24 hours, the visual has received more than one million views.

It seems as though the duo doesn’t plan on ending their friendship too soon. Yesterday, both blondes hopped on Instagram live together to talk about the visual. Shmurkio said, “The video was fire, I ain’t gone cap. That sh*t might be the biggest music video in the industry right now.”

Further into the clip, the two began to have a more casual conversation. Shmurkio expressed how he has a shy personality and isn’t used to social media. Durk replied, “Well you’ve got to change that. It’s over with now.” This could insinuate that Shmurkio is about to inherit a lot of fame from his connection with Durk.