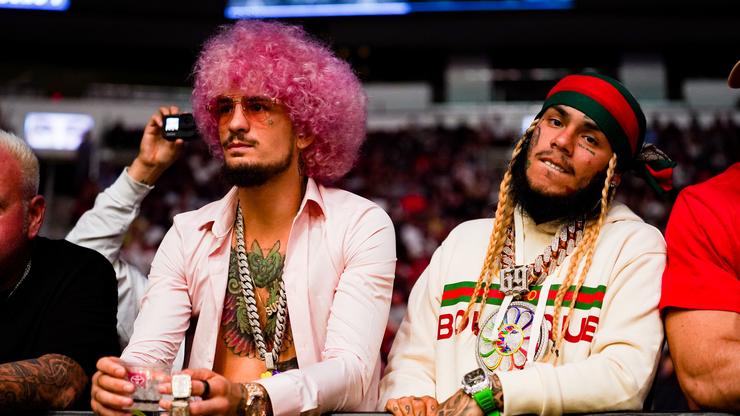 6ix9ine was reportedly set to perform two concerts in Hollywood, however, he ended up bailing at the last minute.

6ix9ine is gearing up to release new music, however, he might be on the verge of a brand new legal battle that could set him back quite a few bucks. According to TMZ, a streaming service called Streamusic is going after Tekashi for a grand total of $2 million as the artist reportedly bailed on their deal to perform two shows in Hollywood.

As Streamusic explains, 6ix9ine was going to perform these concerts in December of last year, and he was even given $150,000 to promote the shows on Instagram. 6ix9ine never made the posts and he even continued to ignore their calls until January, when he said he would reschedule the dates. Once again, 6ix9ine allegedly went ghost, and now, the streaming service is looking to recoup its losses.

6ix9ine was recently seen flexing an absurd amount of money on Instagram, which certainly isn’t going to help his case here. He’s also set to drop a new song today at 3 PM, and it remains to be seen if it will be the commercial success he is hoping for.
“IM BLACKBALLED,” he wrote. “DON’T COMPARE ME TO ANY OTHER RAPPER ON OUR RELEASES THEY GET EDITORIAL PLAYLISTING ON SPOTIFY AND APPLE + RADIO SPINS FOR ME TO COMPETE I HAVE TO FIGHT TEN TIMES HARDER I KNOW ITS A TREND TO HATE 69 BUT FACTS ARE FACTS CARRY ON.”

Stay tuned to HNHH for more news and updates on this developing story.