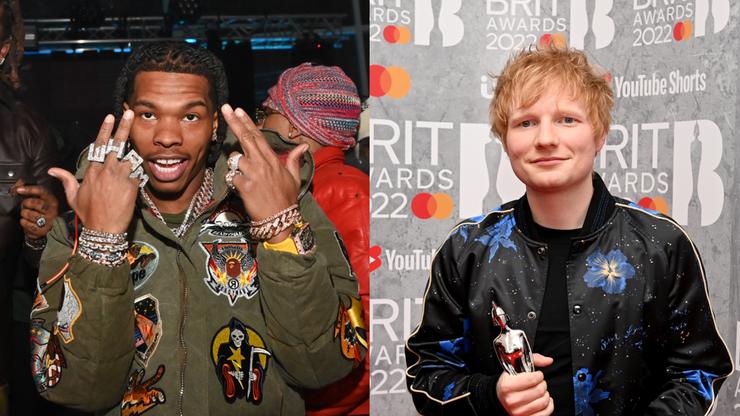 Lil Baby and Ed Sheeran reportedly have some heat on the way.

Well, it turns out that Vince Staples has once again delivered a spot-on take because according to a recent tweet from Lil Baby, the QC artist has officially secured a major collaboration with one of the most popular and decorated pop artists in the world: Ed Sheeran.

Lil Baby, who is fresh off his first Grammy win at the 64th annual Grammy Awards, has already gotten fans talking about his highly anticipated resurgence by randomly putting up billboards with a Michael Jordan-esque message for the music industry: “I’m coming…”

Earlier today, the 4PF star returned with yet another major teaser. Similar to his new billboards, Lil Baby kept the message simple, writing “Ed Sheeran X Lil Baby” alongside a rocket emoji. If the two disparate artists’ collab does see the light of day, it wouldn’t mark the first time that Ed Sheeran has teamed up with a prominent rapper. Back in 2019, the = artist released No.6 Collaborations Project, a genre-fluid album that featured a bevy of high-profile Hip-Hop artists, from Eminem, Young Thug and Travis Scott to Chance The Rapper, 50 Cent, and A Boogie wit da Hoodie.

Let us know in the comments if you’re looking forward to hearing what Lil Baby and Ed Sheeran have cooked up, and stay tuned to HNHH for more details about this intriguing collaboration.