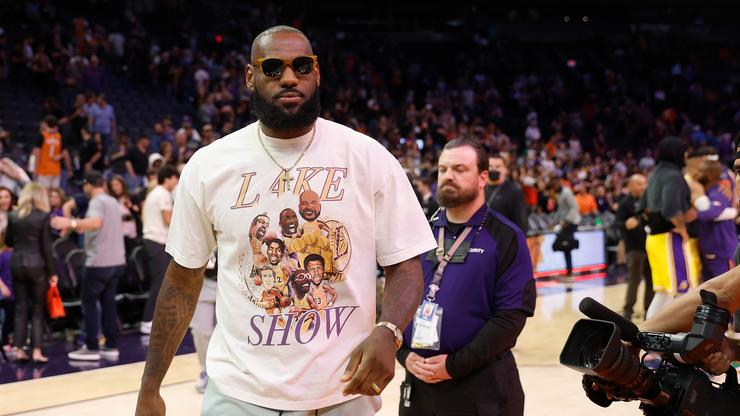 Kyrie Irving put on a show in Boston on Sunday.

Kyrie Irving and the Brooklyn Nets ended up losing to the Boston Celtics yesterday in Game 1 of their first-round series. Of course, this was not Kyrie’s fault at all as he managed to score 39 points all while having a truly remarkable fourth quarter that almost gave his team the win. Throughout the game, Kyrie got heckled by the Celtics crowd, however, he was able to give the energy right back to them in epic fashion.

As you can see in the highlights below, Kyrie was truly impressive. He was all over the court making big plays, and his performance was enough to inspire his old teammate, LeBron James, who was watching the game from the comfort of his home.

“Young God-rie is so damn good at basketball man!!! INSANE SKILL!!” James wrote. From there, LeBron commented on a tweet that noted how Kyrie wasn’t on the NBA Top 75 list. Clearly, LeBron did not agree with the rankings as he said: “Damn shame he ain’t Top 75!”

Kyrie and LeBron’s relationship has been kind of one-sided over the years. LeBron is constantly praising the point guard all while Kyrie has taken subtle shots at LeBron while playing for different teams. Either way, James is proud of the Nets superstar, and that isn’t going to change anytime soon.