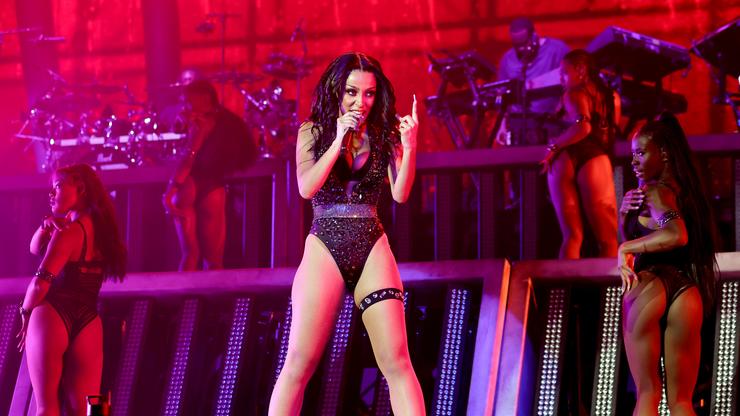 Doja Cat brought out Tyga for a performance of “Juicy” at Coachella on Sunday night.

Doja Cat brought out Tyga for a performance of their song, “Juicy,” at Coachella on Sunday night. She also performed a new song, “Vegas,” which is featured in Baz Luhrmann’s upcoming movie, Elvis.

In addition to Tyga, Doja also welcomed Rico Nasty to the stage for their song, “Tia Tamera.” While it was Doja’s first time with her own set at the festival, Rico had brought her on stage back in 2019.

Earlier this year, she performed at Lollapalooza in Brazil, where her show there didn’t go over as well and, in a since-deleted post, she claimed to be quitting music afterward. Doja had also argued with fans in Paraguay over a canceled performance.

“It’s gone and i don’t give a fuck anymore i fuckin quit i can’t wait to f*cking disappear and i don’t need you to believe in me anymore,” she wrote on Twitter at the time. “Everything is dead to me, music is dead, and i’m a fucking fool for ever thinking i was made for this this is a fucking nightmare unfollow me.”

Doja later apologized for the post and thanked her fans for their continued support.

Check out Doja’s performance below.