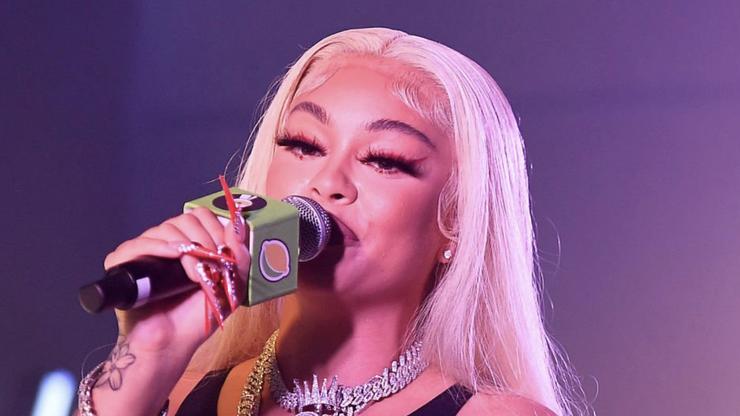 As she enjoys her recent successes, not everyone is giving the “777” rapper a break.

As she continues to fight off those who want her to give up the name of the rapper who gave her a difficult time over a feature, Latto has been enjoying her successes. From celebrating her 777 numbers to sitting pretty with her Mariah Carey feature, the Georgia rapper doesn’t have much to complain about these days. As expected in the industry, not everyone believes Latto is deserving of her accolades and she has often jumped online to defend herself.

“It’s really crazy how y’all try to take my happiness away from me sooooo bad and downplay all my accomplishments lol,” she recently wrote. It didn’t take long for a Twitter user to reply by saying “new artists are so annoying lmao.”

Latto usually lets these comments come and go, but she had a few minutes to spare and decided to issue a response.

“Then it’s this whole ‘new artist’ narrative coming from mfs who have never and will never deal w sh*t on this level,” she said. “New artists not allowed to use social media like you do? Stfu we all human round this mf.”

Fans were quick to point out that although Latto’s career has been on a meteoric rise in recent years, she’s far from a new artist. The Queen of Da Souf rapper has been in the game for years, evening winning Jermaine Dupri‘s reality competition series, The Rap Game as a teen. Check out the posts below.