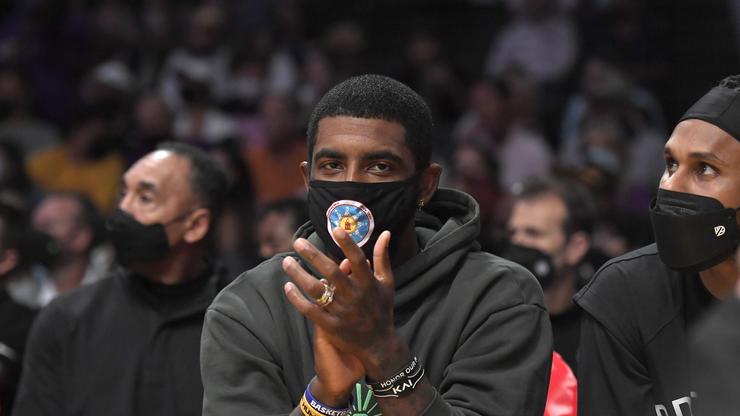 Kyrie Irving has to go through a few protocols before he can actually play any games.

Kyrie Irving hasn’t played any games this season due to his stance on the COVID-19 vaccine. If Kyrie played for any other team, it wouldn’t be a problem, however, the mandates in New York have made it so that Kyrie can’t play a single solitary home game. While Kyrie could have played away from home, the Nets’ original stance on the matter was that they didn’t want Kyrie to be a part-time player on the roster.

Now, the Nets have changed course on that decision as the team has multiple players out with COVID-19. The team knows it needs more players on the roster, and as a result, they have decided to let Kyrie return on a part-time basis.

According to Adrian Wojnarowski of ESPN, the path back to the court won’t be so easy, as Kyrie will have to go through numerous COVID-19 tests. The Nets superstar will have to test negative five days in a row, and from there, he will be tested every single day as an unvaccinated player. Regardless, Kyrie is back, and Nets fans should be excited that their superstar point guard is just a week or two away from playing again.

This remains a developing story, so stay tuned to HNHH as we will be sure to bring you all of the latest updates from around the NBA world.