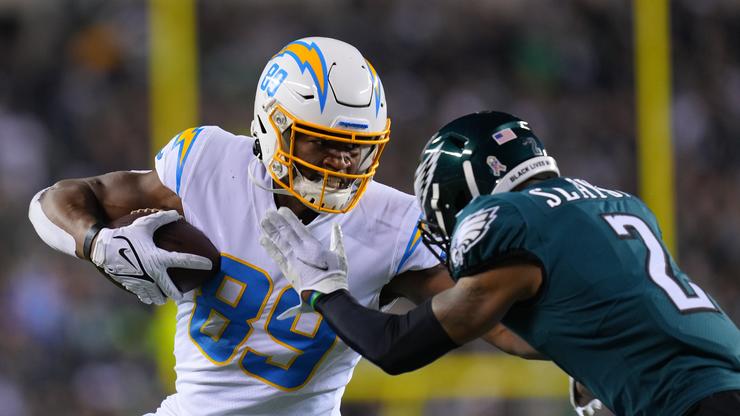 Donald Parham Jr.’s head injury had many scared for his health.

Donald Parham Jr. of the Los Angeles Chargers was about to catch a touchdown pass last night against the Chiefs, however, the play ultimately ended in a horrifying moment that had many NFL fans praying for Parham’s safety. While going to the ground, his head hit the turf and snapped back up in violent fashion. He was knocked unconscious and his arms were shaking as a result of the impact. It even appeared as though he had a seizure.

Parham Jr. was then taken off on a stretcher and taken to the UCLA Harbor Medical Center where numerous tests were done on him. Earlier today, it was revealed that he had a concussion, and would have to stay at the hospital to rest up for a while.

According to reporter Tyler Dragon, the Chargers and Parham have received some positive news since this morning. As it stands, he can still move his lower extremities, which rules out a spinal cord injury, which is what many had feared when they saw him on the field. When it comes to the concussion, Parham is still being tested, however, he should be able to leave the hospital soon.

It will probably be a while before Parham returns to the field, however, this latest update is still fantastic given the state he was in last night. You never want to see a player go down like that, and we hope he is okay, moving forward.