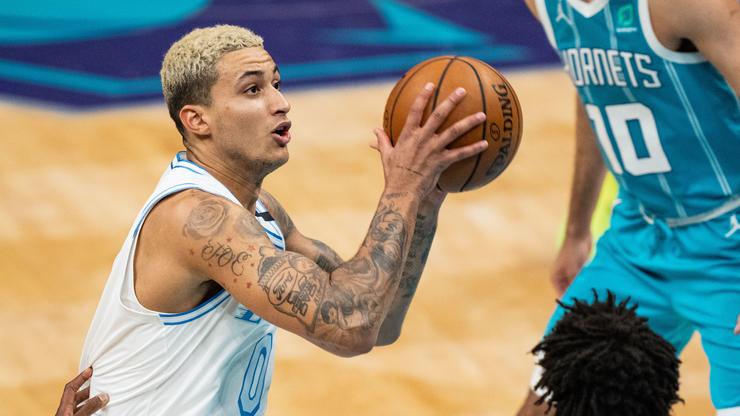 Kyle Kuzma got to speak to Gilbert Arenas about his experience with the Lakers.

Kyle Kuzma’s time with the Los Angeles Lakers can only be described as turbulent. The young star had a solid first few seasons with the team although once LeBron and Anthony Davis came over, Kuzma struggled to find his rhythm. In this year’s playoffs, Kuzma had a rough series against the Phoenix Suns, and it had fans demanding for a trade. In the end, that is what happened as the Lakers sent Kuzma to the Washington Wizards in a package deal that brought Russell Westbrook to L.A.

This past week, Kuzma was on Gilbert Arenas’ No Chill podcast where he got to talk about his time with the Lakers and whether or not he bears any resentment towards the likes of LeBron James. As Kuzma explains, it is all love with the Lakers.

“It’s all love. All love for sure,” Kuzma said. “A couple of days after I got traded, we were hanging out, chilling or whatever. I came in as a Laker that’s all I know. It was family from the jump. And even leaving, it was still family. You know getting calls or texts from Jeanie or Rob or equipment managers or people that work the front gate. Everyone is like, ‘Hope you have a successful career. You’re doing this and that.’ So no bitterness, no nothing for sure.”

Kuzma now has a second chance with the Washington Wizards, and with some of his Lakers teammates coming with him, he will have some familiarity in DC. Hopefully, Kuzma can get back to that success from his early years with the purple and gold.