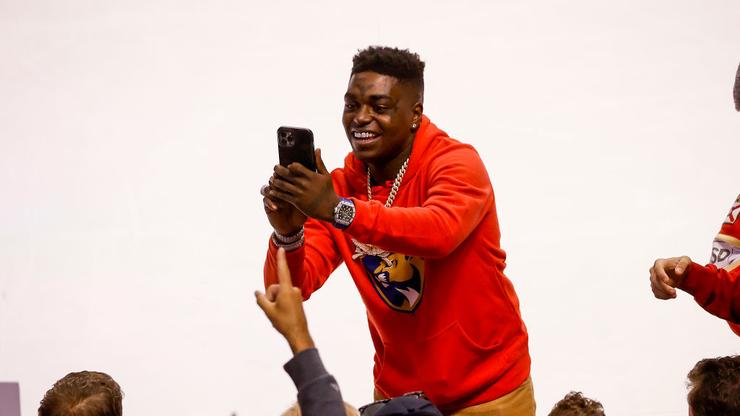 The “Super Gremlin” rapper brought a super fan on stage during his performance.

The Florida rapper is often vocal about how much he appreciates his loyal supporters. Last year, he issued a message to his followers who were concerned about him after he posted a series of cryptic tweets. “I apologize to me for doubting myself like I’m ain’t a raw ass gangsta ass n***a,” Kodak wrote. “But thugs need love too you know and it’s totally unfair to the people that DO Love me that DO Care & wanna see me happy and successful, however that looks like!”

The “Super Gremlin” rapper reassured fans that he was “not suicidal” adding, “Thanks to everybody that was concerned and the calls and texts as I understand I made a bold statement but don’t worry I’m not suicidal and have no plans on harming myself.” Since the incident, Kodak has made it a point to show is loyal supporters that he feels the love and appreciates it. On Monday, the 25-year hit the stage to perform at Club Liv Miami for Labor Day Weekend, and was joined by an unlikely yet devoted fan.

Kodak hyped the excited fan he recited bars from the rapper’s 2016 single, SKRT. The fan love runs deep for Kodak Black. Earlier this year, YouTuber SteveWillDoIt gifted the “No Flockin'” rapper with his dream car after he survived being shot at. “I’m a big fan and I heard you got shot,” said the influencer. “I bought you a car to make you feel better.” Kodak graciously received the customized 1971-76 Chevrolet Caprice or Impala, saying, Man, what the f*ck going on? Z shit, brother.