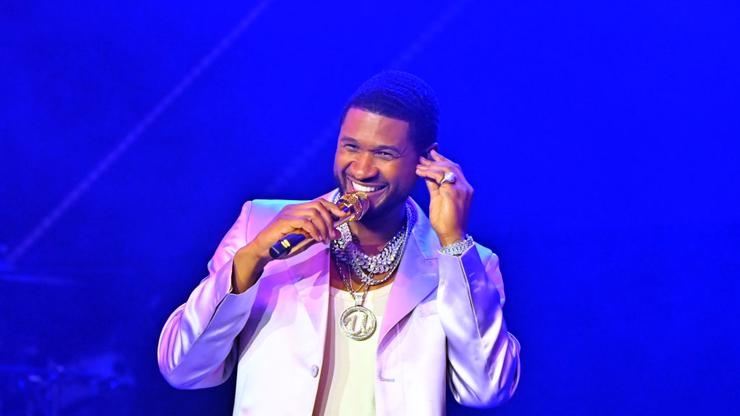 Usher is proving once again that he’s “cut from a different cloth.”

Usher has proven time and again that he’s a force to be reckoned with.

Earlier this year, his Tiny Desk performance spawned several memes, gifs and conversations about the state of R&B. With over two decades in the game, the Grammy Award winning singer has already solidified himself as one of the greatest to ever do it when it comes to rhythm and blues. So much so that he defended his beloved genre during Diddy‘s “R&B is dead” campaign, calling the Bad Boy exec’s comments “nuts.”  “When I do hear people, even like Puff saying ‘R&B is dead,’ he sounds nuts to me,” the singer share.

“It sounds crazy, you know, especially knowing he was a pioneer in understanding and beneficiary of it. You know, the source that is R&B created the breath of life that was breathed into Hip Hop.” As one of the R&B kings, fans have tried to pit Usher against his fellow rhythm and blues greats, like Chris Brown. However, the “Confessions” singer has subtly and consistency let it be known that he’s “cut from a different cloth.”

On Monday, Usher gave fans a glimpse at his vocal warm up session just ahead of his Vegas Residency show; and needless to say, he didn’t miss a note. The star’s Las Vegas Residency has become the hottest ticket in town. During his most recent show, Usher had the crowd going wild after bringing out legendary R&B singer, Tevin Campbell, to perform his 1993 “Can We Talk. The “U Remind Me” singer shared the iconic footage with his 10.4 million Instagram followers, writing, “When legends come out to play. Thank you Tevin Campbell”

The performance comes just months after Campbell revealed that on the State of Black Music Podcast that L.A. Reid and Babyface got in a spat over  “Can We Talk” because Reid wanted it to go to Usher, while the Babyface wanted on Campbell record. Fortunately, both singers have put the past behind them to give fans and epic performance.