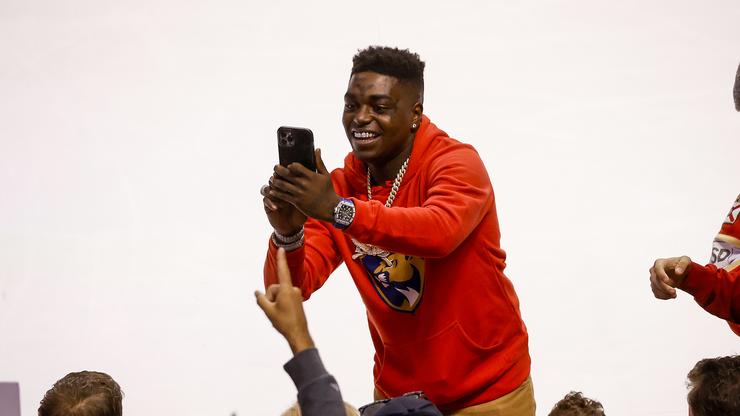 Kodak Black has new music on the way including possible joint projects with French Montana and Lil Uzi Vert.

Shortly after Kodak Blackexpressed his desire to renegotiate his recording deal, the rapper revealed that he has tons of new music on the way. During a recent Instagram Live session, Kodak said that he and French Montana were dropping a whole album together. “Me and French Montana gon’ fuck around [and] drop an album soon,” he said before encouraging Spotify users to put his latest album on their playlist. Afterward, he hinted at wanting to drop an EP with Lil Uzi Vert. “Me and Lil Uzi, we be on some shit, like, we might drop an EP soon,” he added. Kodak didn’t necessarily share a timeline on when we could expect any of these projects to drop.

Lil Uzi Vert and French Montana aren’t the only two artists that Kodak Black has a ton of music with. Earlier this year, he revealed that he and Drake had enough songs together to put out a joint project. Though they haven’t even dropped a song together yet, Drizzy’s appreciation for Kodak’s music has been well documented over the years. Perhaps, a collaboration of sorts is on Drizzy’s itinerary post-Honestly, Nevermind.

Earlier this year, Kodak Black came through with the release of his latest album, Back For Everything. Most recently, he appeared on Hotboii’s “Live Life Die Faster” and Moneybagg Yo’s “Rocky Road.”