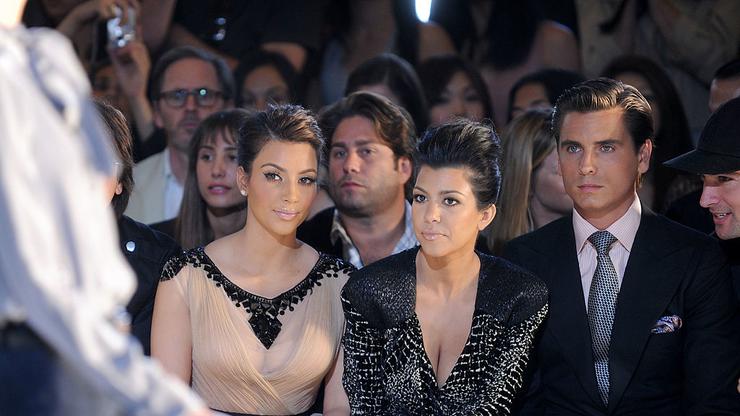 The reality stars have been roped into a class action lawsuit along with an Australian company called Curated.

Looks like Kim Kardashian’s Instagram antics have landed her in some hot water, this time alongside her older sister’s ex-boyfriend, Scott Disick. As you may have seen on the socialite’s feed in the past, she and her siblings have participated in “giveaways” that find them promising luxurious prizes like first-class flights to Los Angeles, $100,000, and a three-night stay in Beverly Hills.

According to documents obtained by TMZ, the SKIMS and Talentless founders have been named in a $40M+ class action lawsuit alongside Australian company Curated Businesses with plaintiffs claiming that the contest was organized as a way for entrant’s personal information to be sold to advertisers.

Those suing Kardashian and co. participated in the IG giveaways, but did not win. Curated told the outlet on Thursday (September 15) that the contest had legitimate winners, and they even have the paperwork to prove it.

Plaintiffs state that, after entering the contest, they have been “invaded by hundreds of advertisers, some of which are soliciting the Plaintiffs with potentially offensive and unwanted content” in their lawsuit.

It’s been noted that Disick is said to be the primary organizer, and working alongside Kim, Khloé, Kourtney, mother Kris Jenner, and little sister Kylie Jenner, they promote to hundreds of millions of social media users.

Despite the other family member’s involvement, the mother of four and the father of three are the only stars officially named. The plaintiffs are allegedly seeking $20M from each defendant.

As Page Six notes, Curated Businesses answers questions about the drawing process on their website, explaining, “We engage the services of a third party facilitator to conduct a random draw of all eligible entrants.”

“They are Australian government approved and compliant. As required by Australian law, we also engage the services of fully qualified independent scrutineer to oversee the random draw,” they added.