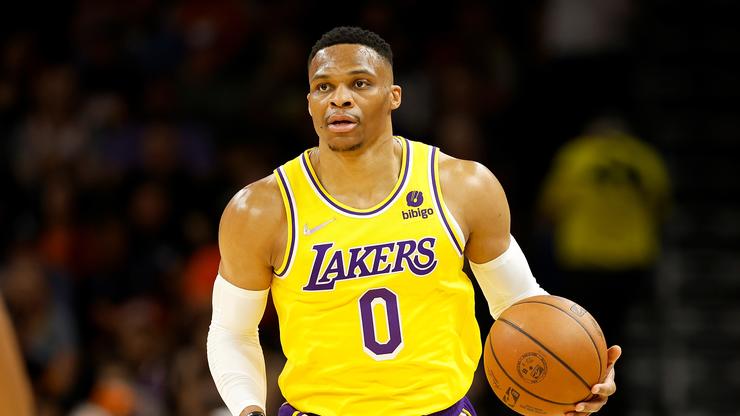 Some NBA executives are getting creative.

Russell Westbrook has been the subject of trade talks for a very long time now. The Los Angeles Lakers are a team in need of some better shooters, and Russ does not fit that description whatsoever. Having said that, the Lakers have not been able to find a proper trade suitor for Russ, even despite their best efforts.

While speaking to an unnamed NBA executive, Sean Deveney of Heavy.com became privy to an interesting potential trade proposal. As you will read below, the executive in question believes the Lakers should look to offload Russ on a team like the Detroit Pistons who have a ton of veterans who aren’t necessarily contributing to the future of that team.

“I’d be willing to get involved if I were the Pistons,” the executive said. “I would want that 2027 pick unprotected, and take back Russell Westbrook and send you all my veterans, all my junk. Right now, Detroit is taking the approach of just waiting, playing with the guys they got from the Knicks, and trading during the season. That team needs to tank some more, they need (Victor) Wembanyama, or at least they need to be in the mix. […] Send back Alec Burks and Nerlens Noel and (Kelly) Olynyk and Kemba (Walker). The Lakers would be doing a 1-for-4 deal there, so they’d have to move guys around… You have some tradeable contracts, and you have some veterans you can use for depth. I’d consider it on both sides.”

This sort of trade is unlikely to happen, but that’s where we’re at with the Russ discourse. The Lakers can’t make a deal and now rival executives are trying to map out moves for them.

Stay tuned to HNHH for more updates from around the NBA.