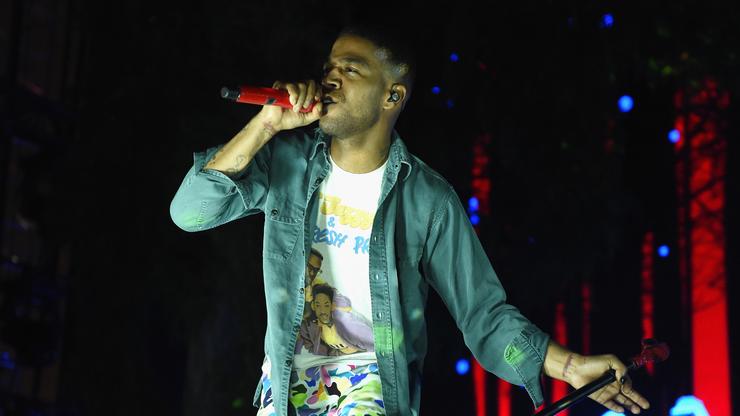 With the end of New York Fashion Week, the MTV VMAs and the 2021 Met Gala all taking place within days of each other, we are seeing what happens when you put all of the hottest names in music in fashion in New York City at the same time.

On Monday night, following the Met Gala, Off-White creator and Louis Vuitton menswear director Virgil Abloh hosted a jam session at Carbone with BadBadNotGood and two of the biggest names at the intersection of music and fashion — Kid Cudi and ASAP Nast — both came through fitted and got on the mic.

Nast, arguably hip-hop’s best dressed individual, got on the mic first. Rocking a bucket hat pulled down low, he rapped over jazzy drums and chords and also let everybody in the building know: “Virigl’s the biggest kid here. He’s just dreaming.”

Kid Cudi, still dressed in his Met Gala fit (green hair, Louis Vuitton head-to-toe with a massive KAWS chain Ben Baller called “the most detailed and intricate piece of jewelry I’ve ever created), got on the mic next and did exactly what Kid Cudi does. With a drink in his hand, Cudi started out harmonizing and using melody to create the perfect environment for his sound and then broke into his raps which, despite being pretty muffled in the videos Abloh posted to his IG page, were powerful and focused on where he and Virgil were and what they had done to get there.

Abloh called the night “different, really different,” and it’s easy to see why. An opportunity to combine the musical and fashion pedigrees of Nast, Cudi and Virgil is something special and not something that happens every day. Cudi is firmly planting himself as a beacon for pushing the envelope in fashion while Nast and Virgil are already cemented as two figures that the entire fashion and streetwear worlds are looking to for inspiration and just as a bonus, all three are nice with music, too.

What do you think? Did Nast and Cudi do their thing or is this just a case of too much hype in the moment? Let us know in the comments.