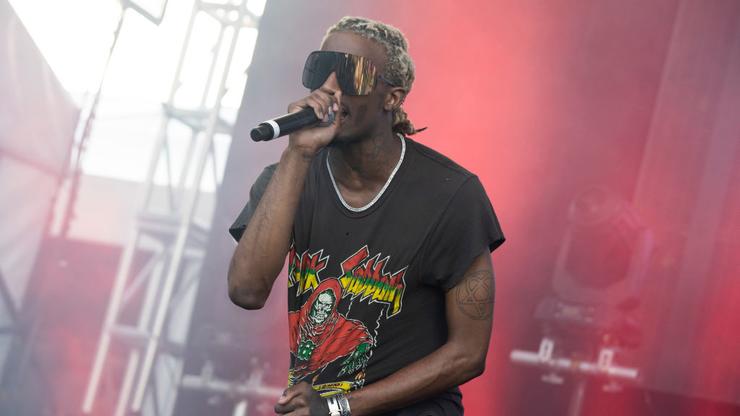 Playboi Carti claims his website was hacked and he did not approve the release of his “Narcissist” merch, including a $5,000 motorcycle helmet.

Playboi Carti had been hyping up September 13th as a possible release date for weeks, but it turned out that the 25-year-old rapper simply planned to dupe his fans once more with a false-alarm merch release, claiming that his website was hacked after it was updated with Narcissist-branded merchandise, including a $5,000 helmet.

Many of the Atlanta-based artist’s fans were expecting some new music for Carti’s birthday this week, but it turns out that the rapper was actually teasing his Narcissist merch launch — and even at that, it looks like his team hit the green button a little early because Carti is claiming that his website was hacked and he didn’t approve any of the releases.

After fans complained about the $5,000 motorcycle helmet that was added to his website, which some people found for $29 on a Chinese retailer’s shop, it looked as though Carti was truly flourishing in his new drop-shipping business, but it turns out that he was simply hacked. He spoke out and shared text messages with his team after fans also pointed out that he was selling ski masks and other merch as a significant upcharge from similar items on Alibaba.

“THE WEBSITE IS HACKED,” wrote Carti on Twitter. “THE REF FOLDER WAS POSTED LIVE. NEVER APPROVED ANY CLOTHING/ETC.”

This leaves many of his followers asking… what was supposed to happen on September 13? Was a merch drop planned, and then canceled? Was a new album set to be released? Or was the hack simply a coincidence on this exact date?

Check out some reactions below.