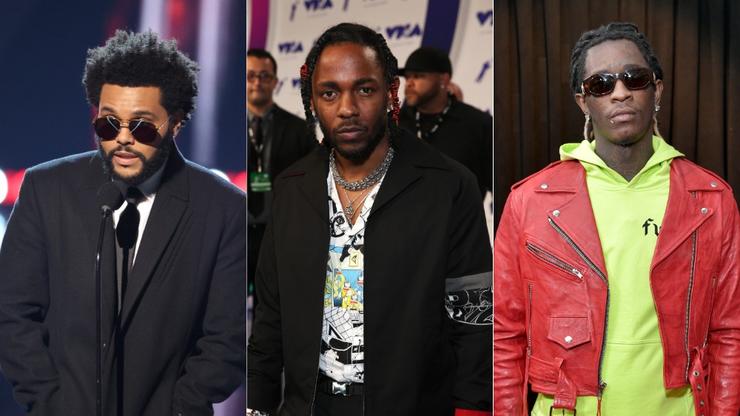 Plus, new music from Belly, GRIP, and Meek Mill.

Another week has gone by and still, DONDA has yet to be found. This week, Kanye West held his third listening party for the album in Chicago with promises that it would arrive this weekend. That promise has yet to be fulfilled but thankfully, there was a slew of other incredible artists that made up for where ‘Ye lacked. As usual, we’ve highlighted all of the music that you should check out on this week’s Fire Emoji playlist. Here’s your breakdown:

The return of Kendrick Lamar was not a disappointment. This week, he jumped on Baby Keem’s “family ties,” marking his first appearance on wax since Busta Rhymes‘ “Look Over Your Shoulder.” Alongside the pgLang signee, they delivered a chaotic banger that one can argue is the best rap single of the year so far.

Belly also emerged this week with the release of his new album, See You Next Wednesday. The rapper’s latest project boasts plenty of incredible moments but we can’t help be keep revisiting, “Die For It” ft. The Weeknd and Nas.

The return of Rich Gang is also worth noting. Rich Homie Quan might be absent for this one but Birdman and Young Thug‘s “Blue Emerald” certainly holds it down.