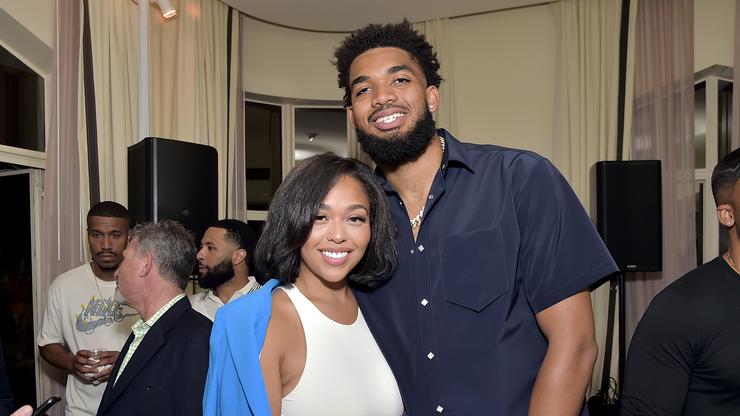 Woods recently faced backlash after showing a before and after photo of herself, and Towns jumped in the conversation with a lengthy statement.

After being bombarded with backlash over her fitness program, Jordyn Woods and her boyfriend Karl-Anthony Town are addressing the controversy. Woods recently shared before and after photos of herself as she promoted FRSTPLACE where she helps people reach their fitness goals. People quickly chastised her with accusations that she underwent cosmetic surgery or a BBL, and after going viral, Woods is back with a response.

“I started my fitness platform because for years I struggled with my identity, I’ve been judged about my weight on the internet since I was about 10,” she wrote. “About five years ago I was in a deep depression, and then my father died.”

She said she smiled through those dark times but turned to fitness for comfort. “Working out became my therapy and my saving… There are a lot of people who are just like me, who may be struggle to find their place in the world, or battle with their own anxiety and mental health.” Meanwhile, Woods’s Minnesota Timberwolves beau also surfaced to defend his lady.

“Are we saying that women can’t work hard and transform their bodies?? I’ve SEEN the hard work and I’ve seen the results and trust me, this is all natural. Since she was 10 years old, people been calling this woman vile things because of her weight and instead of letting the nternet run her life, she went out the put the damn work in and changed her whole life.”

His response was lengthy, to say the least. Check it all out below.