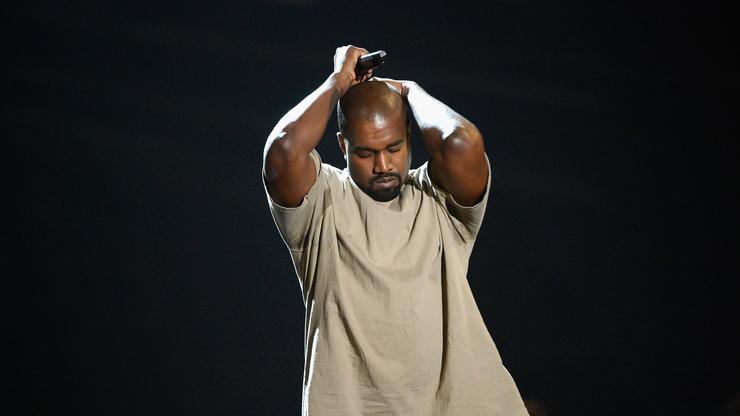 Kanye turns to memes after he recent spat with Gap and Adidas.

The past 24 hours have found Kanye West ramping up his efforts to turn Yeezy into the biggest brand in the world. The mogul seemingly waged war against Adidas and Gap, the two companies who he has contracts with for Yeezy-branded clothing. Unfortunately, Ye’s not happy that they’ve yet to launch Yeezy stores so he’s been on a tirade against everyone.

Kanye West speaks on stage at the “Kanye West and Steven Smith in Conversation with Mark Wilson” at the on November 07, 2019 in New York City. (Photo by Brad Barket/Getty Images)

After joking about the death of Adidas CEO Kasper Rørsted (and threw a shot at Kid Cudi), Kanye provided a step-by-step guide to getting a “Angry Ye” in the form of a meme. The post specifically called out the designs that Gap and Adidas apparently stole from his line — the Yeezy Slide and the Yeezy Gap Engineered By Balenciaga Tee.

“If you are Adidas or Gap take the objects made in collaboration with Kanye, respectively the Yeezy Slide and Yeezy Gap Engineered By Balenciaga Tee and make something similar… that’s it! You too now ave you Angry Kanye.”

In the caption, he explained that he wasn’t actually mad. “I’m not even angry anymore I’m focused,” he captioned the post.

Ye has been heavily critical of the two companies over the past few months. Yesterday, Ye shared footage of a conference he held with the Gap board where he pretty much told them to allow him to create or he would be leaving.