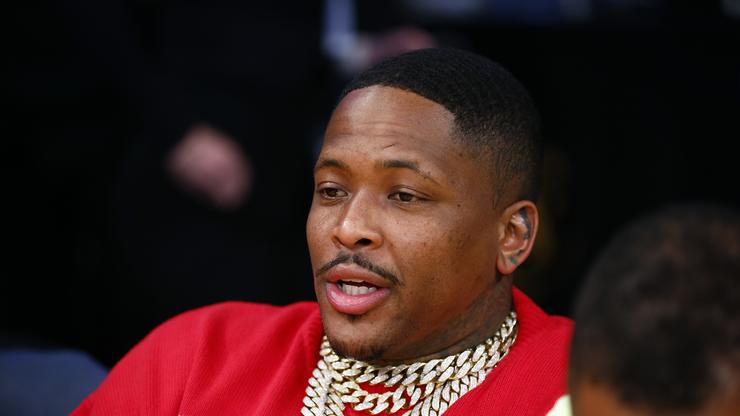 YG is coming through later this month with his forthcoming album, “I Got Issues.”

YG‘s delivered some massive bangers this year and it looks like he’s finally coming through with an album. The rapper announced his new project,  I Got Issues earlier today, which will be due out on September 30th. The “I’m 4rm Bompton” rapper also shared the official cover art which sees him in front of a black background with a red glow behind his head.

Rapper YG is seen at the private screening of ‘Spiral’ for 21 Savage and friends on May 12, 2021 in Los Angeles, California. (Photo by Emma McIntyre/Getty Images)

The rapper’s new album will include the previously released singles, “Scared Money” ft. J Cole and Moneybagg Yo, “Run” ft. Tyga, 21 Savage, and BIA and his latest release, “Toxic.” Just the features on his single alone are enough of an indication that I Got Issues will be stacked.

Along with its release of traditional streaming services, YG‘s I Got Issues will also drop as a special edition CD on the same day.

What’s interesting about the announcement is that he had a previous album title he revealed in February. He said that his next studio album would be titled Pray For Me, which he described as capturing his evolution.

“It’s just the growth of me, my headspace, what I’m on in life,” he said. “And I think the whole COVID pandemic shit, I hated it, but I also look at it as like this shit kinda helped me get to where I’m at mentally.”

He added, “This music is just gonna be my truth, as far as my life right now.”

Check the cover art for I Got Issues below.