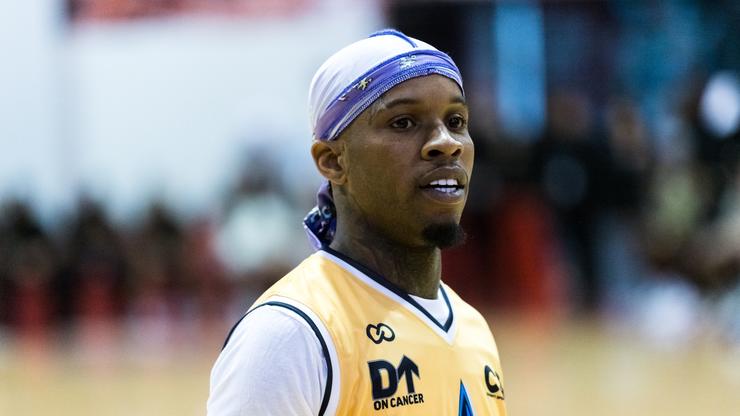 He recently admitted that both artists have ignored his collab requests, and a social media user questioned why he would say that publicly.

After revealing that his Canadian, hitmaking peers have dodged his feature requests for years, social media users questioned why Tory Lanez would make such a revelation. Despite the legal drama he has been involved in with Megan Thee Stallion in connection to her accusing him of shooting her back in 2020, Lanez’s career hustle hasn’t ceased. He’s shared multiple projects and collaborated with several other artists since the incident, even though he has been targeted by “cancel culture.”

In a surprising revelation that he made recently, Lanez shared that he has been trying to collaborate with The Weeknd and Drake, but his requests have gone unanswered.

Several of Lanez’s fans told him he was better off, but his detractors questioned why he would bring it up in the first place. A Twitter user responded by saying, “That’s embarrassing… like who would admit that.”

Lanez replied, “My cuz it’s not embarrassing to me I’m an incredible artist . No loss that still great [shrug emoji].”

Often, these sorts of moments light a fire under an artist’s team and soon, collaborations mysteriously appear. Lanez’s legal troubles are purported to be why many artists have kept an arm’s distance from him, but he has maintained that he is innocent of the allegations against him.