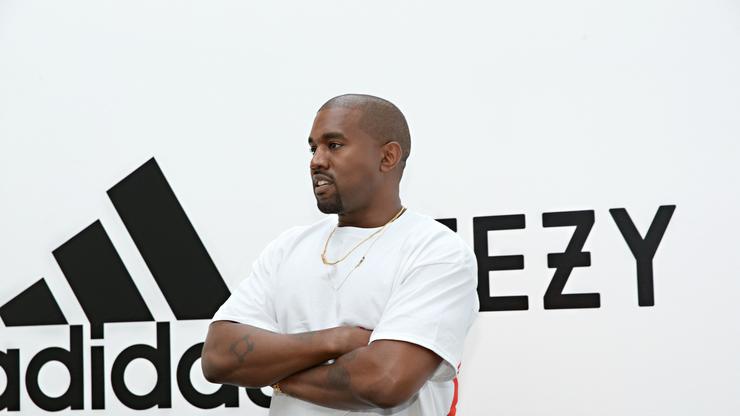 Ye posts a picture of himself with his kids on IG in response to his recent comments about Adidas.

Kanye West continues to apply pressure on Adidas after calling out the board members individually on Instagram over the weekend. Ye’s faced backlash for publicly taking his business dealings with the clothing giant to social media in an attempt to get his point across. However, Kanye made it clear in an IG post that his feud with Adidas is a bigger issue regarding his children.

This morning, Kanye shared a photo of himself with his kids where he explained that his battle is “bigger than money.”

“My kids have no idea what daddy has gone through this past few days alone to secure the brand that will one day be handed down to them God Willing These future leaders will never back down be stolen from and forced to compromise who they are for the check,” he wrote.

Kanye West accused Adidas and Gap of stealing designs from Yeezy for their own clothing line outside of their collaboration with him. He even said that Adidas sold fake Yeezys in China without his knowledge.

Ye’s battle against Adidas gained significant support among his peers in hip-hop. Swizz Beatz, Diddy, and even Pete Rock, among others, have called for Adidas to make things right with Kanye.

“Since the era of Run-DMC, @Adidas has always used Hip Hop to build its brand and make billions off of our culture. BUT WE ARE MORE THAN JUST CONSUMERS NOW, WE’RE THE OWNERS. @KanyeWest and YEEZY are the reason Adidas is relevant to culture. WE KNOW OUR VALUE! I’m done wearing Adidas products until they make this right!!” Diddy wrote.