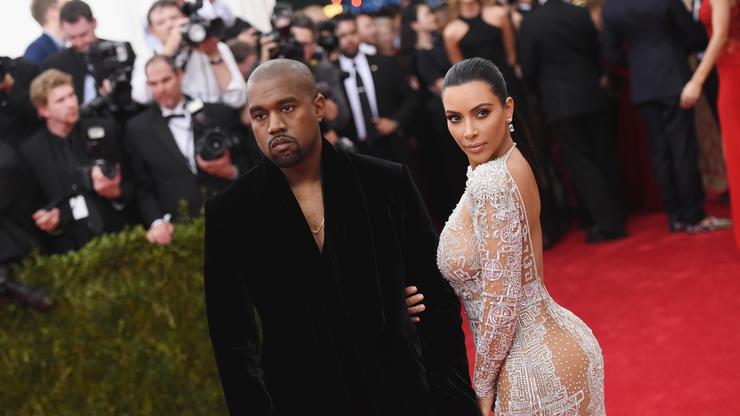 Kanye West is reportedly telling his friends that he is back together with Kim Kardashian.

Following rumors that Kanye West and Kim Kardashian are working on their relationship, Page Six reports that, behind the scenes, West is claiming that he and Kardashian are already back together. For West’s latest Donda listening event, Kardashian joined him on stage at Soldier Field for a fake wedding ceremony.

“Kanye has been telling other rappers that he and Kim are back together, but everybody knows that isn’t true,” a source told the outlet.

Kardashian officially filed for divorce from West, back in February, citing “irreconcilable differences.” In recent months, however, the pair have been spotted together on several occasions, fueling rumors of West and Kardashian getting back together.

The source explained: “They weren’t talking for months after she filed for divorce, but they began talking again earlier this summer for the sake of their kids. Kim is a nice person – while she and Kanye are not back together – she’s happy to support him in his work and his art, she wants a good relationship with him for the sake of their children.”

As for Donda, no official release date has been confirmed, but West has reportedly submitted it to streaming services for an imminent release.