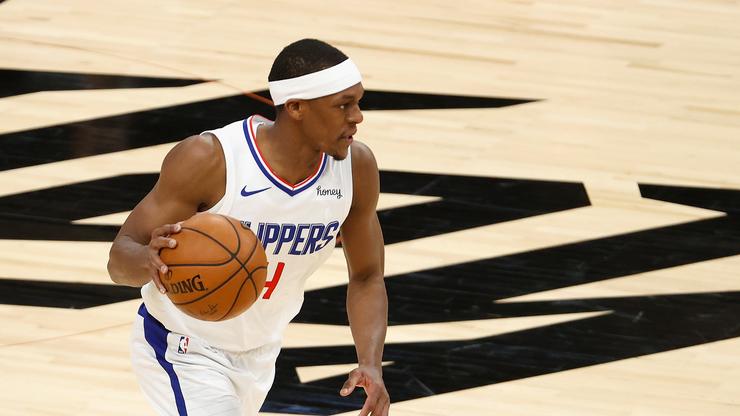 Rajon Rondo and the Lakers are looking towards a reunion.

Rajon Rondo is one of the most experienced point guards in the league right now and with two NBA titles under his belt, it shouldn’t come as a surprise that various teams want him on their roster. Last season, the Los Angeles Lakers let Rondo walk in free agency, and he ended up signing with the Atlanta Hawks. Eventually, Rondo was sent to the Los Angeles Clippers although his time with the team was short-lived thanks to a recent trade to the Memphis Grizzlies.

Over the last few weeks, reports have surfaced claiming the Grizzlies would buy out his contract, allowing him to become a free agent. Today, those reports officially came true as Adrian Wojnarowski revealed that Rondo had officially parted ways with the team.

Woj went on to note that Rondo will clear waivers on Monday, and once that happens, he is fully expected to sign with the Los Angeles Lakers. Rondo spent two seasons with the team, and during the 2019-20 season, he was an artist during the playoffs as he helped the team win in the NBA bubble. Now, it seems clear that he wants to recreate that success, especially now that the Lakers have players like Russell Westbrook, Carmelo Anthony, Kendrick Nunn, and many more.

It remains to be seen when the deal will be confirmed, although, for now, all signs point to Rondo donning the purple and gold for a second time.