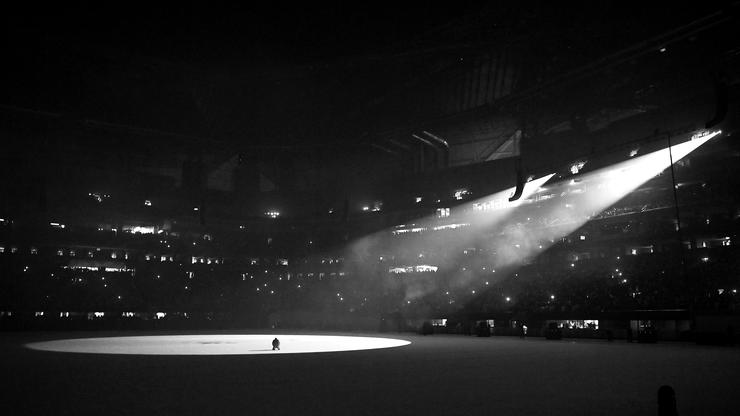 This fan’s dream of getting up close and personal with Kanye was quickly shut down.

Kanye West‘s second Donda event was full of eccentric and unorthodox moments, from Kanye taking his phone out to answer a phone call to the dramatic levitating act that closed out the performance. However, one fan appeared to take Kanye’s call for fan involvement during the second listening party as an invitation to rush the stage during the performance. Thankfully, Ye’s creative process was hardly disturbed as footage shows security effectively taking down the orange-wearing fan.

Though he was eventually apprehended, the fan made impressive strides towards ‘Ye. The incident happened about halfway through the listening event. Cell phone footage shows the man making it past the initial wall of security and through a wave of background dancers before eventually being tackled.

It does look like the man was injured after being forced down by guards, though fortunately, no legal action was taken. Police have no record of the incident on file. Perhaps a bruise or two is a price worth paying to get that close to Yeezus.

Despite the success of the second listening event and the continued pleas of fans, Donda still hasn’t been released. The second listening event came after Kanye and his team, including producer Mike Dean, spent a week holed up in the Mercedes-Benz Stadium working on the project. Big-name talent who have been working on it include Lil Yachty, Playboi Carti, and Fivio Foreign.

Check out the video below: