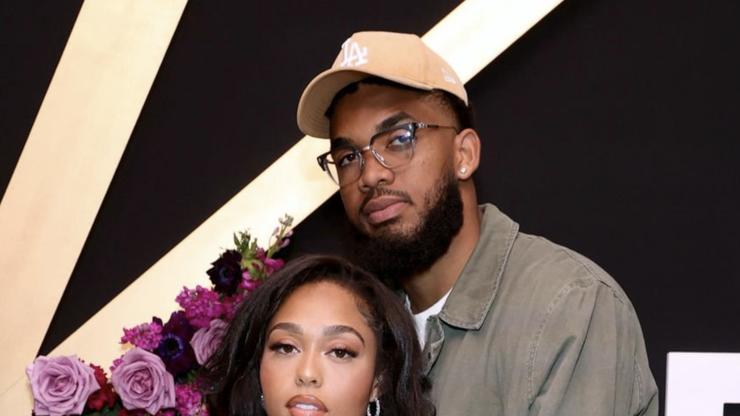 The couple was photographed embracing courtside and later, Woods offered a sweet message to her boyfriend.

They’re one of the hottest sports couples on the scene and Jordyn Woods is making sure that Karl-Anthony Towns receives support during a difficult time. The pair have been favorites among those who point out “couple goals” with celebrities, and despite the public scrutiny and social media rumors, Woods and Towns have remained strong. At last night’s game between the Minnesota Timberwolves and the Los Angeles Clippers, the couple was photographed lovingly embracing one another.

Naysayers quickly teased them about Towns’s performance during the game, but Woods made sure to shift focus so people had a better understanding of their tender moment.

On Instagram, Woods shared a photo of her and her boyfriend hugging one another at the game.

“This moment was so special to us because today is the 2 year anniversary of Jackie passing and I know how tough it’s been doing all of this without her [red heart emoji],” Wood wrote in the caption. She was referencing the NBA star’s mother who sadly passed away due to COVID-19 complications back in 2020. “So proud of you @karltowns … it’s deeper than basketball!!”

Woods has previously spoken about being good friends with Towns for years but growing closer to him while he was dealing with his mother’s illness and tragic passing. Check out her post below.