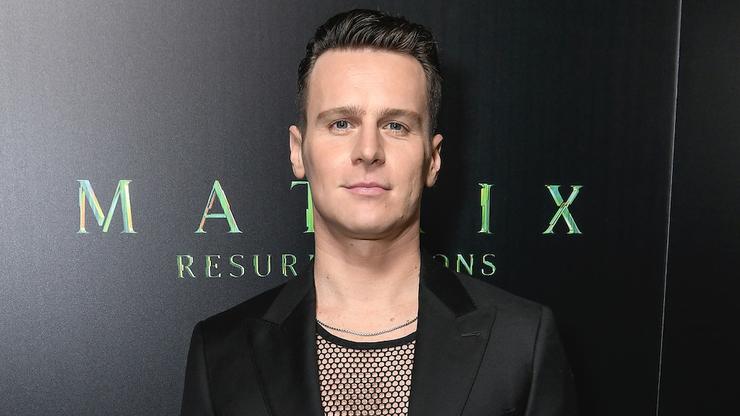 Jonathan Groff says that Keanu Reeves is “the greatest action star of our time.” Groff stars alongside Reeves the latest entry in The Matrix franchise, The Matrix Resurrections.

Groff stars in the film as villain Agent Smith, who was played by Hugo Weaving in the original trilogy.

“He was there training and getting ready before all of us got there,” Groff recalled in a recent interview with The Hollywood Reporter. “My first day in the training tent, Keanu was in his jiu-jitsu outfit doing kicks and punches. I mean, he really sets the bar for all of us in the training. When the fight was happening, I also really wanted to be able to be present and to be trading energy back and forth with Keanu as Neo. I didn’t want to be focusing on the moves. I wanted to know it so well so I could actually play it.”

He continued: “It was so exciting to be doing such extraordinary fight choreography with the greatest action star of our time and someone that’s so devoted to their craft. I really tried to take in every single moment of getting to be with Keanu and I learned so much from working with him. It’s an experience I’ll hold in my heart for the rest of my life.”

Reeves isn’t the only actor from the original trilogy reprising his role, Carrie-Anne Moss also returns as Trinity.

In addition to being in theaters, The Matrix Resurrections is streaming now on HBO Max.