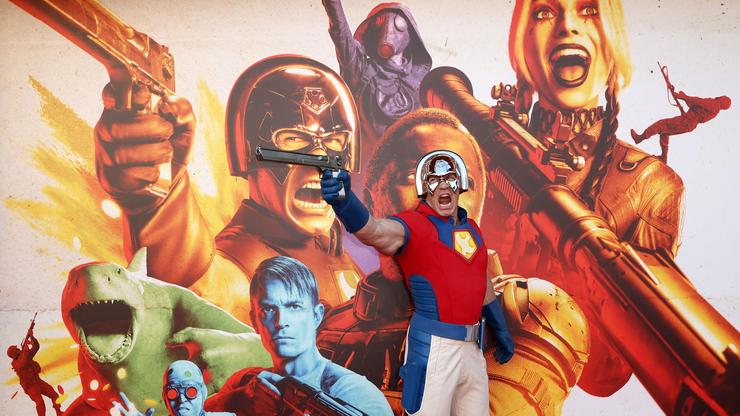 The show is set to premiere on January 13th on HBO Max.

If you loved John Cena as Peacemaker in James Gunn’s The Suicide Squad earlier this year, then you’re going to want to see him in the new HBO Max spin-off series, titled after his character.

Earlier today, the streamer released the trailer for the upcoming eight episode series, which will give viewers a bit more insight into the life of the laughable character.

“Are you sure those two kids came out of those parents,” Cena asks, while looking at a photo in the clip. “That’s an attractive couple, that one came out of them but the other one looks like a butt baby. My older brother told me there’s two types of babies: One that comes out normal and then butt babies. Worse in every way, they come out of a woman’s butt.”

Complex reports that Gunn wrote all eight episodes of the series himself, and directed five of them. “We learn a lot about other characters, but I felt with Peacemaker, we really just scratched the surface of who this guy is, what makes this douchebag tick,” the explained in an interview.

“I called up John immediately and I said, ‘Hey, do you want to do this thing?’ And he was like, ‘Yeah.’”

Peacemaker will also star Danielle Brooks, Freddie Stroma, Jennifer Holland, and Steve Agee, among others. Check out the trailer above, and mark your calendars for January 13th, when the show will premiere on HBO Max.