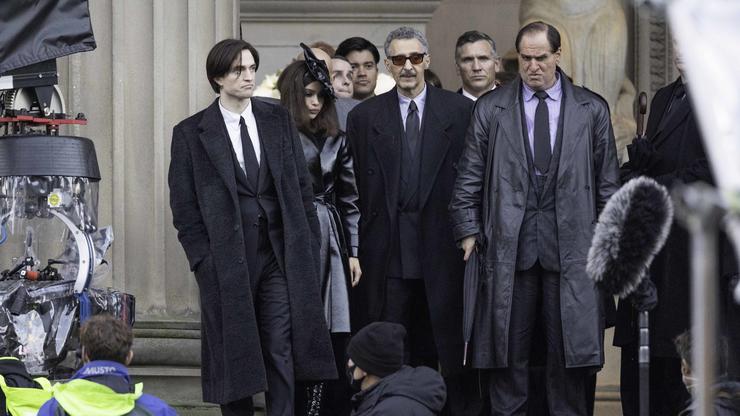 On Saturday afternoon, “The Batman” director Matt Reeves unveiled the long awaited trailer for his upcoming film at DC FanDome. The clip has since made it’s way online, giving fans a first look at Robert Pattinson and Zoe Kravitz in character.

“Fear is a tool,” the British actor can be heard saying as the famous bat logo shines upon a wall. “When that light hits the sky, it’s not just a call, it’s a warning.”

The trailer is dark, sharp, and intense. It comes with a certain strength that shows that this version of The Batman isn’t coming quietly (despite the COVID-19 related delays).

Just yesterday, Kravitz posted a photo to her Instagram, providing followers with a first look at her in costume as Selina Kyle, or Catwoman. Fans have been speculating what sort of persona she and Reeves have crafted for the role, and today’s trailer tells us all we need to know – she’s badass, well dressed, seductive, and tough.

“I can take care of myself,” she says to Batman about a minute in.

“I don’t care what happens to me,” Pattinson says, wearing his superhero outfit. “It’s only going to get worse for you,” Catwoman responds before the screen cuts to an action-packed battle sequence.

While standing on top of a building, Kravitz says to her co-star, “maybe we’re not so different. Who are you under there?” Cue more violence before Batman responds, “I’m vengeance.”

The Batman proves his strength over and over again throughout the trailer. Now that fans have seen the Twilight star in his bat suit, excitement is sure to to reach even higher levels than it already has.

The movie will hit theatres on March 4th, 2022. Watch the first look at the Matt Reeves directed film below.